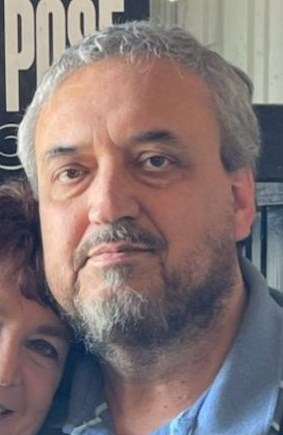 Bruce was born on May 26, 1958 in Lima, Ohio, son of Elsie A. Weiman Goodwin and the late Bruce L. Goodwin. He was raised in Severna Park where he was a 1976 graduate of Severna Park High School. At the age of 15 he began working for Burns and Russell which continued for 25 years. He then worked for Clayton Block Co. for 17 years and was currently with Great Eastern.

His passion was music, he loved playing the guitar and bass, in the 1970's and 80's he was in several bands, 'Bad Habit' and 'Stone Fox'. He also played professionally with 'Baby Blue'. Bruce was a big fan of ACDC, Kiss, Alice Cooper and Bad Company. He loved watching the Wizard of Oz with his grandchildren and enjoyed hunting. He enjoyed genealogy and wrote several books including the Weiman Genealogy which can be found in the Library of Congress.

A viewing will be held Monday August 9 from 6 to 8 pm in Galena Funeral Home of Stephen L. Schaech, where funeral Service will be held on Tuesday, August 10 at 11 am, with burial following.