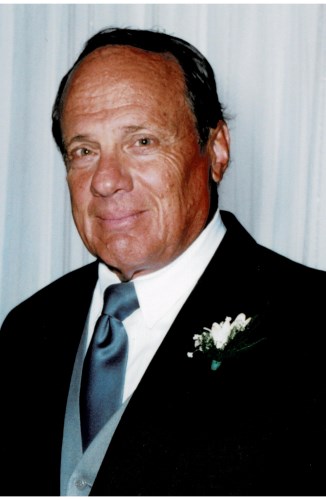 BORN
1939
DIED
2021
John A. Luchsinger, Esquire died peacefully Friday, July 16, 2021, at Lankenau Hospital, Wynnewood, PA due to complications from heart disease at the age of 81. John is survived by his wife of 56 years, Pamela M. Luchsinger, daughter Pamela E. MacCormick and her husband, Dennis; son, John A. Luchsinger Jr. and his wife Joanna; son, James F. Luchsinger and his wife, Martha, nine grandchildren and a great granddaughter. John spent his youth between Darby, PA and Ocean City, NJ where he was a longtime member of the Ocean City, NJ Beach Patrol. While attending the University of Pennsylvania, John was a member of the University of Pennsylvania swim team. After graduating from Penn, John briefly attended Jefferson Medical College in Philadelphia, before settling on a law career and graduating from Villanova University School of Law. John initially started practicing law in the city of Philadelphia before founding his own successful law practice in Media, PA, where he practiced for nearly 30 years. In addition, early in his law career, John served multiple terms as solicitor for the School District of Haverford Township in Haverford, PA. An avid sailor and fisherman, John retired from practicing law in 2003, when he and his wife Pamela moved from Haverford, PA to their current residence in Chestertown, MD. In lieu of flowers, the family requests sending contributions to The Association for Frontotemporal Degeneration, www.theaftd.org in the names of John A. and Pamela M. Luchsinger.
Published by Kent County News on Jul. 20, 2021.
To plant trees in memory, please visit the Sympathy Store.
MEMORIAL EVENTS
To offer your sympathy during this difficult time, you can now have memorial trees planted in a National Forest in memory of your loved one.
MAKE A DONATION
MEMORIES & CONDOLENCES
3 Entries
John was a good man. I enjoyed working with him on legal matters, but more enjoyed just chatting about life with John. I'm sad to learn of his death.
Lee M Herman, Esquire
Work
July 29, 2021
My deepest sympathy and condolences on the loss of a wonderful guy. God bless you all in this time of sorrow.
Frank Luchsinger
Family
July 26, 2021
Condolences to the family members. I grew up around the corner from John and played many street games with him, later basketball and softball. He was a great guy and good friend. RIP my friend!
Frank Phillips
School
July 25, 2021
Showing 1 - 3 of 3 results