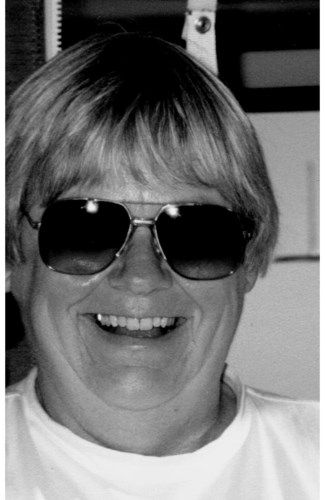 BORN
1942
DIED
2021
FUNERAL HOME
Fellows, Helfenbein & Newnam Funeral Home
130 Speer Road
Chestertown, MD
Martha Rudd Little Maxwell of Rock Hall, MD passed away while surrounded by her family July 19, 2021. Marti was born on December 15, 1942 in Minneapolis, Minnesota, the daughter of David and Aleene Little. She completed her education at Northwestern University and Penn State. Marti moved from the Midwest to the Mainline in Philadelphia, where she became the quintessential girl next door. Her brother asked Chris Maxwell to be her friend, he said, "Yes". She eventually agreed as well, and they were married in 1963. They spent 58 happy years of marriage together. She and Chris moved frequently during college years and then again as "corporate vagabonds" when Chris' work took them around the Northeast and finally to Rock Hall. Their first stop was in Princeton Junction, New Jersey, where they began to raise their family and Marti began her career as a real-estate agent. Marti worked hard and was quickly promoted within her field. Marti and Chris then moved to Rochester, New York where she continued her work in real estate for Mitchell Pierson. Then it was on to Cleveland, Ohio where she got involved with Meals on Wheels and then the Alzheimer's Foundation, where she participated in a very successful major fundraising dinner. In 1987, the Maxwells purchased their "getaway" condominium in Rock Hall, Maryland for weekends and vacations. This home became their "home away from home". As they moved around the country, the Rock Hall Getaway was always there. As Rock Hall became more their home than any other location, Marti continued her real estate interest by assisting Urs Hilfiker in the operation of his Architectural practice in Rock Hall. She was involved in CAD/CAM, field work and operations control. At the same time Marti continued her community work becoming more involved in the Statewide "Party on the Bay" Celebration. As 2007 rolled around, Marti joined the Rock Hall Tricentennial Committee working with community leaders in the yearlong celebration. She also coordinated the baking of over 3,000 cupcakes and arranged their delivery to the Tricentennial Birthday Celebration. Besides her volunteer efforts, she was a member of St. Paul's, Kent Episcopal Church, Registrar of the Parish, bookkeeper, and also served on the Churchyard Committee for a number of years. Additionally, Marti was a member of the Board and Treasurer of the Rock Hall Learning Center, now the Kent County Learning Center. St. Martin Ministries based in Ridgely, Maryland, an outreach organization focusing on women in distress and providing a Food Bank for Eastern Shore residents was near to her heart. There, she served as a financial supervisor and an organizer of the annual fundraising dinner. In 2008, Marti helped found the Pirates and Wenches Fantasy Weekend. This festival showcases Rock Hall and draws visitors from the Chesapeake Bay and beyond. It has been named "Best of the Bay" every year since its inception. Four years ago, she joined the Rock Hall Business Association as a Director and Treasurer. Her efforts helped revitalize the organization. Marti is predeceased by her parents, David and Aleene Little. She is survived by her husband, Chris; brother, Harry Little of Mocksville, North Carolina; brother-in-law, Michael Maxwell of Midlothian, Virginia; children Michael Maxwell (Wynn) of Paradise Valley, Arizona, and Laura Maxwell Perry (Todd) of Carmel, Indiana; her 5 grandchildren; Henry (Angelica), John, McLennan, Elizabeth and Christopher; and Elizabeth of Kent "Izzy", the family's wonderful Black Lab. In lieu of flowers, donations can be made to St. Paul's Episcopal Church Kent. https://https://www.stpaulkent.org/giving Services will be held on Saturday, August 7, 2021 at 11:00 am at St. Paul's Episcopal Church Kent. Interment will be private.
Published by Kent County News on Jul. 21, 2021.
To plant trees in memory, please visit the Sympathy Store.
MEMORIAL EVENTS
Aug
7
Funeral service
11:00a.m.
St. Paul's Episcopal Church Kent
MD
Funeral services provided by:
Fellows, Helfenbein & Newnam Funeral Home
MAKE A DONATION
MEMORIES & CONDOLENCES
Sponsored by Fellows, Helfenbein & Newnam Funeral Home.
0 Entries
Be the first to post a memory or condolences.