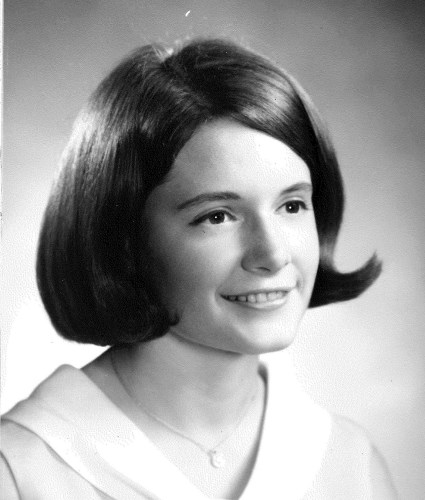 Born on November 6, 1946 in Erie Pa., Nancy was the daughter of John ("Jack") and Pauline Gilboy, and the great-granddaughter of Irish and German immigrants. The oldest of four children, she became a self-reliant woman with the strength and fortitude to raise her own three sons.

Nancy grew up in Allentown, Pa., and spent summers on Lake Winola.

Nancy had many diverse interests and was admired by friends for "her talent with needles, lens and words."

A founding member of the Olde Kent Quilters Guild in 1995, her quilts were nothing less than beautiful works of art. Each one told a unique story and many were award-winning; most impressive was the President's Award at the Maryland State Fair in 2015.

An avid photographer, Nancy went to great lengths for that perfect shot of local wildlife, birds or waterfowl.

Extensive was her worldly knowledge from international travel, as was her faience pottery collection from Quimper, France.

A well-read and articulate woman with a sophisticated vocabulary, she particularly enjoyed historical fiction and even met her favorite novelist in Scotland. Nancy was appreciated by fellow members of the Dorothy Dunnett Society for having a "wry sense of humor and unparalleled wit."

Her kind nature was evinced by her care for animals. She had affinity for horses and kept many pets, usually SPCA or Rescue dogs and cats.

Lastly, but definitely not least, Nancy's culinary abilities were extraordinary. Schaum tortes, an Irish favorite by "Grammy," were anxiously awaited by her grandchildren on holidays. Family dinners were a special occasion every day at the Wyman home. She treated her family with desserts like Creme Brulee on an ordinary weeknight simply because she "wanted to try it." Cooking was a gift she gave generously to her family and friends, as well as a display of love and devotion to her husband Fred.

No services are planned at this time, but a memorial Catholic Mass will be held at a later date.

Contributions in Nancy's memory can be made to the Animal Care Shelter for Kent County, 10720 Augustine Herman Highway, Chestertown, MD 21620.