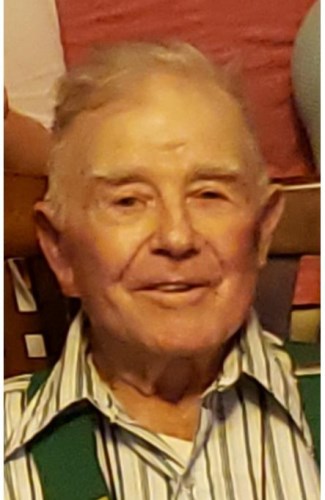 He was born near Church Hill, MD on June 23, 1929, the son of the late Thomas Nathaniel and Viola Everett Ervin, raised by Lula Kemp and Nathaniel Ervin. Mr. Ervin was educated in Sudlersville and at the age of thirteen he began farming with his father. When he turned nineteen, he began working with Mt. Pleasant Farm, where he worked on and off for his entire life.

Mr. Ervin was married to Betty Louise Leager on March 27, 1952. He managed Conquest Farm near Centreville for nine years before starting a career with Baltimore Business Forms in Chestertown, which later became Reynolds & Reynolds. He retired after thirty years.

Mr. Ervin's true passion was Standardbred sulky horse racing. His best horse, Jodi Lin, won many stakes races. He got his first horse in 1976 and has raised and raced them ever since. He was very well known in the racing community. He was also a member of the United States Trotting Association. Mr. Ervin loved farming, driving his tractor, and of course, horse racing.