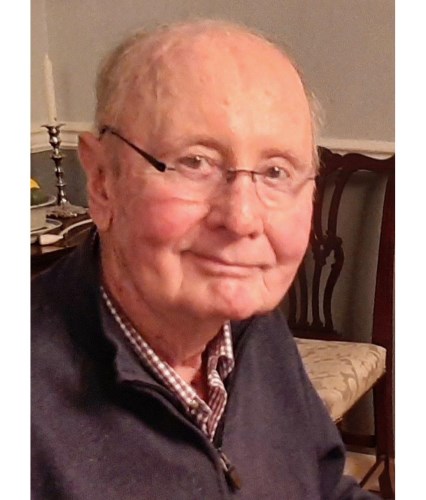 Roger D. Brown passed from this world September 11, 2021. He was born March 3, 1940, the eldest son of Donald R. Brown and Geneva Odell Brown. He grew up in the small town of Jamesburg, New Jersey and attended public schools there. On completion of high school, he entered the University of Maryland and received a Bachelor's Degree in Accounting. After College, he enrolled in Navy Officer's Candidate School in Newport, Rhode Island and received a commission as a line officer. During a ten-year naval career, he participated in the Cuban Blockade, a six-month Mediterranean cruise, a diplomatic cruise around South America and two tours in the Western Pacific during the Vietnam War. While teaching NROTC at The University of Mississippi, he earned a Master's Degree in History. He left the service with the rank of Lieutenant Commander and settled in Chestertown where he entered Public Accounting with the firm of Granger, Faw and Company. He was asked by a client to enter the business of a Mobil Oil distributorship where he acted as Treasurer and Chief Financial Officer. Upon the death of the owner, he supervised the sale of the company to two different buyers. He returned to Public Accounting with the firm of Radcliffe Corporate Services and partnered in the restoration of the Radcliffe Mill.

His avocations were English and American History. He was interested in American Antiques and gained some expertise in them. He joined consecutively the Chestertown Lions, Optimists and Rotary. He was a Son of The American Revolution. He was a lifelong golfer and served many positions at the Chester River Yacht and Country Club, including Treasurer and President. He enjoyed golfing with his wife, Phyllis, at East Coast resorts from Vermont to Florida and on trips to Bermuda. He served as President of the Chester River Health Foundation, Treasurer of the Kent County Historical Society and Treasurer of Emmanuel Church. He served on the Boards of Chester River Health System, Chesapeake Bank and Trust, Maryland Association of Certified Public Accountants, The Kent County Historical Society, The Kent School and Emmanuel Church Vestry.

He is survived by his wife of 40 years, Phyllis, a son, Rodney, from a previous marriage to Nancy Turner; brothers Allan of Monroe NJ and Robert of Brookfield, CT; sisters Bette and Deborah of Trenton, NJ. A sister, Nancy, predeceased him.

A memorial service will be held at Emmanuel Episcopal Church, Chestertown on Thursday, September 23 at 1:30pm. Masks are required.

In lieu of flowers, contributions may be made to Emmanuel Episcopal Church, 101 N. Cross St, Chestertown or The Historical Society of Kent County, 301 High St, Chestertown.