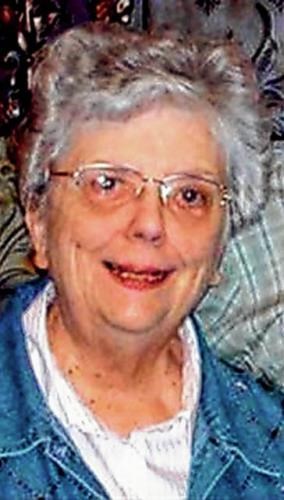 She majored in English at MacMurray College, graduating as valedictorian after just three years so she could finish her degree the same year as Rand, who was one year her senior. She married Rand after graduation on June 14, 1958, and later received a Ph.D. in English literature from Indiana University.

After teaching at Carthage College, first on its Illinois campus and then in Wisconsin, Patricia briefly taught English at MacMurray College. Caring for three children born within four years prevented her from being able to obtain a tenure-track position at the time and one in her field was not available when she was able to work full time again. Instead, she pursued a career in social work. She founded the Prairie Council on Aging, originally named The Bread of Love, and helped develop a program that has been devoted to feeding the elderly in Morgan County and various neighboring counties for more than 40 years. The variety of services offered by Prairie Council on Aging include transportation, tax preparation and other assistance for the elderly. Along with managing the organization and writing many successful grants, she coordinated home visits with the elderly and worked extensively with local caterer George Hamilton to assure the food being provided was top quality. Her efforts resulted in national recognition for Prairie Council on Aging as one of the top 13 agencies focused on elderly care. During her tenure she also taught courses in gerontology at Illinois College.

Patricia was an active member of the League of Women Voters, Pilot Club and the NAACP for many years. She attended Faith Lutheran Church since first moving to Jacksonville in 1968 and served many roles there, including president of the congregation. In her family life, she was known for her formidable organizational talents and dry sense of humor, her skill at both accepting and assigning nicknames, and her tendency to laugh until crying when humor at family dinners became too uproarious.

After retirement, Patricia taught composition, wrote articles about local history, and spent several years completing a book on MacMurray founder James F. Jaquess. Her last years were shadowed by dementia, but she retained flashes of her sense of humor to the end on Thursday, May 14, 2020, and appreciated the daily visits her husband paid her until his death.

A memorial service will be announced at a later date. In lieu of flowers, memorial donations may be given to Faith Lutheran Church of Jacksonville. Buchanan & Cody Funeral Home in Jacksonville is in charge of arrangements. Condolences may be left at buchanancody.com.

Published by Jacksonville Journal-Courier from May 20 to May 21, 2020.
To plant trees in memory, please visit our Sympathy Store.
MEMORIAL EVENTS
To offer your sympathy during this difficult time, you can now have memorial trees planted in a National Forest in memory of your loved one.
Funeral services provided by:
Buchanan & Cody Funeral Home, Jacksonville Chapel - Jacksonville
MAKE A DONATION
MEMORIES & CONDOLENCES
3 Entries
I worked with Pat at Prairie Council on Aging, she was my boss and friend. We had some good laughs together and also trying times. May the love of friends and family carry you through your grief.
Ken and Fran Glass
Coworker
May 21, 2020
Im so sorry to hear that my Aunt Pat died just a few months after my Uncle Rand, my fathers brother. We all spent time together each summer at my Grandmothers house and kept in touch through Christmas cards and letters in the most recent years. I have many fond memories of my cousins , Patrick, Catherine and Mark and their parents.
Cinda Stephens
Family
May 20, 2020
Wonderful lady and excellent teacher whose Humanities class was my final class at Mac before graduation. One could not ask for a more loving and devoted couple than the Burnettes. Apart for 72 days, they're back together for eternity. God bless.
Darrell Holmquist
Student
May 20, 2020
Showing 1 - 3 of 3 results