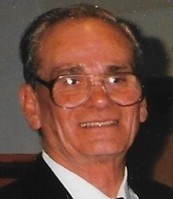 Published by My Web Times from Sep. 3 to Sep. 4, 2021.
To plant trees in memory, please visit the Sympathy Store.
MEMORIAL EVENTS
To offer your sympathy during this difficult time, you can now have memorial trees planted in a National Forest in memory of your loved one.
Funeral services provided by:
Mueller Funeral Home, Ottawa
MAKE A DONATION
MEMORIES & CONDOLENCES
Sponsored by Mueller Funeral Home, Ottawa.
5 Entries
Mary, Sending love to you and your family at this sad time. May Don rest in peace. The ones we love are never gone; they live within our hearts. Love from Andrew, Kathleen, Bridgette and Benjamin xxxx
Andrew and Kathleen Scowen
September 8, 2021
Mary, my prayers and thoughts are with you at this sad time. God bless Don. Love from Doreen. X
Doreen O'Hara
September 8, 2021
Dear Mary and family, we were saddened to hear of the passing of Don. We meet up with you and Don on our last trip to the States and we had a lovely afternoon with Don, You, Kathy and Tim. These are memories we will cherish close to our heart. Know Mary you were an amazing Wife to Don and looked after to him with all your care and love. We send all our love and deepest condolences to you and the family and to let you know we are thinking of you all at this time. May god bless you and keep you all safe and may your dear Don now Rest In Peace in the arms of the Lord. With loving thoughts Daniel, Bernadette and Nicholas
Daniel,Bernadette and Nicholas O´Hara
September 7, 2021
To Mom (Mary) & extended families, Although faraway, we are near in heart, thinking of you as you celebrate Don's life and remembering the happy times we spent together. Sending you our sympathy & love at this sad time. You are in our thoughts & prayers always, with much love, Debbie xo
Debbie O'Hara
Family
September 7, 2021
Well wishes for all of Don's loved ones as we remember and celebrate his time with us all. Sending love from Australia
Nathaniel and Zoe O'Hara
September 6, 2021
Showing 1 - 5 of 5 results