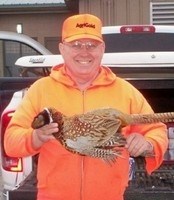 (Karl) Wayne Fry
(Karl) Wayne Fry, beloved husband of Patricia (Connelly) Fry passed away June 15, 2021, after a long and courageous battle with Alzheimer's Disease. He was proceeded in death by his parents, Karl and Olivia, his brother, Ralph, and sisters Fay and Beverly. Wayne is survived by his wife of 51 years, Pat, his children, Renee (Ryan Hawker), Julie, and Michael (Tammy) and grandson Liam, his twin sister, Jean (Don), Shirley, Don (Liz), brother Lynn (Mary Jane), sisters-in-law, Mary Connelly and Jeanne (Ralph) Fry, and numerous nieces and nephews.
Wayne grew up on a dairy farm in New Bloomfield, PA. He played varsity sports for West Perry High School and was an outstanding athlete and a member of the band. He proudly served in the US Navy where he was in naval intelligence during such important events as the Bay of Pigs invasion and the Cuban Missile crisis. After serving, he attended Penn State Harrisburg, where he met fellow student, Patricia Connelly. After receiving his BA ('69) from Penn State, he married Patricia and received his MBA from PSU in '70. They then moved to Ohio where Renee and Julie were born. In 1974, he relocated to Streator, IL where Michael was born. He worked most of his life as a Farm Manager for Union Bank in Streator and then as owner of KF Agri-Management, a commodity business, and KF Awards.
Wayne was an avid hunter and was instrumental in establishing one of the best hunter education programs in the state of IL, a position he held for 25 years. He was dedicated to promoting wildlife and conservation. Through his membership in Pheasants Forever, he established many food plots throughout LaSalle County. He also worked closely with LaSalle County Soil and Water Conservation District to put many land-use projects on farms. He served for over 20 years as a board member for the Marshall County Sportsman's Club where he helped develop the fishing and camping grounds, managed the lake, and taught his children to fish. He was involved in the Streator community including the United Way and leading Streator's wildlife prairie projects.
Wayne was a dedicated Penn Stater, as he, his wife and three children all graduated from there. From his lion pants to his PSU hats and ties, he enjoyed wearing his PSU attire to work during big football game weeks. He and Pat were able to take their children and friends to many football games and instilled a life-long love of Penn State in them. In tribute to their 50th wedding anniversary, he and Pat donated a bench by the lion shrine.
From coaching softball to taking Mike hunting and fishing, he was dedicated to his wife and family. He was able to pass on many of his passions to his children, except gardening that is. He loved hunting, fishing, and his numerous Brittany Spaniel dogs. After retiring, he and Pat moved to Port Matilda, PA where they enjoyed PSU sports and spending time with their grandson and children. He was blessed with many great friends throughout his life, and he will be greatly missed by all of them.
Services will be private.

To plant trees in memory, please visit our Sympathy Store.
Published by My Web Times from Jun. 15 to Jun. 17, 2021.
MEMORIAL EVENTS
No memorial events are currently scheduled.
To offer your sympathy during this difficult time, you can now have memorial trees planted in a National Forest in memory of your loved one.
MAKE A DONATION
MEMORIES & CONDOLENCES
24 Entries
Heartfelt condolences and thoughts and prayers are with you and your family Mrs. Fry
Brian Caba
Other
June 22, 2021
Dear Pat, I´m so sorry to hear about Wayne´s passing. Please know you and your family are in my thoughts and prayers.
Jeanne Cook
June 20, 2021
So sorry to hear the news. He had such a contagious smile. Prayers and good memories to you and your family.
Mick and Tina Rowe
June 20, 2021
I first met my brother-in-law Wayne at an outing with my sister Pat and friends of hers from the Middletown Campus of PSU. Pat convinced Wayne and I to go on the famous Hershey Park roller coaster. Neither Wayne or I would admit we hated roller coasters. I'll always remember that ride because I don't know who screamed louder me or Wayne. Wayne also did his best to teach his city slicker sister-in-law how to fish at the summer camp in Bamidji MN. I never did get the hang of it. Wayne loved his gardens. One summer in Port Matilda, Wayne and Pat went back to IL to visit friends and he entrusted his garden to me. I was instructed to harvest certain of the vegetables. I never did find the cucumbers. Wayne got a kick out of that and in his own style, that big grin slowly covered his face. In the last years of his life, I remember sitting at the kitchen table with Wayne watching the birds swarming the bird feeders on the patio. Wayne and I would share stories about our love of sports and the sports we played in High School. We would laugh at each other's sense of humor. I admired Wayne's integrity and sense of fairness. He was always supportive of me in my endeavors. Wayne was blessed to be surrounded by his loving and devoted family in his final years. Their efforts were heroic at caring for him and keeping in his home. Thank you brother-in-law for enriching my life. We will see you again in heaven with Jesus where they're will be no more pain and no more sorrow. Love you, Mary
Mary Connelly
Family
June 20, 2021
Dear Pat and family. We are sad to hear that Wayne has passed and send our thoughts and prayers to all of you. Wayne was a great asset to the business community of Streator and a good friend to everyone he met here. We enjoyed socializing with both of you especially after Senior Bowl games.
Ed & Ruth Comisky
June 18, 2021
Pat thinking of you and your family. What a great man and a great family.
Chris Wahl
June 17, 2021
Pat and Family, I am so sorry to learn of Wayne's passing. He was a great guy who was blessed with a wonderful family. I now live in the Kansas City area, so I regret that distance prevents me from paying my respects to you in person. I will be keeping you and your family in my thoughts and prayers as you go through the adjustment to life without him.
Larry Sebby
Friend
June 17, 2021
I met Wayne Streator youth baseball ordering trophies. I always enjoyed talking to him and his wife at the store. He was always very friendly like we knew each other for years. I am sure he will be missed
Mike Renner
Friend
June 17, 2021 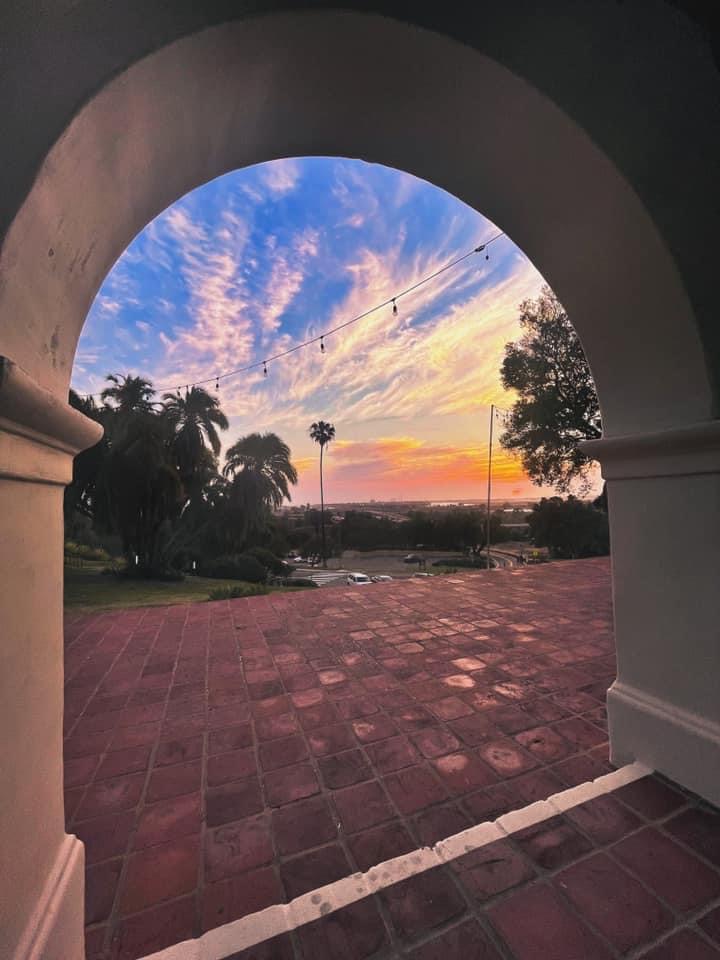 My deepest condolences to the Fry Family for your loss. Wayne now rises whole, and soars on Eagles Wings!
Carol Trueman
June 17, 2021
Renee, Julie & Fry Family - We thank God for the impact your dad made on you all and in the world. We pray for all of you as you grieve his death and pray that he is hearing these words in heaven now: "well done, my good and faithful friend. Come inherit the place in my kingdom prepared for you."
Scot & Ximena Landry
June 17, 2021
So very sorry for your loss. You and your family are in our thoughts and prayers!
Jeff Nugent
Other
June 16, 2021
Pat thinking of you. I will plant a tree at MCSC in Waynes memory.
Sally Vogel
Friend
June 16, 2021
So sorry, Pat. Please know that you and your family will be in my prayers as you mourn. God will carry you through.
Jan Hauger
Friend
June 16, 2021
Pat and family we were so saddened to hear about Wayne's passing. Condolences to everyone. Much love... Nancy and family
Nancy Eccleston
Friend
June 16, 2021
John and I send our deepest sympathy to Pat and family! I loved Wayne as a fellow employee at Union Bank! He had a great, fun personality ! Love and friendship, Barb and John Stevens
Barb Teegardin Stevens
Work
June 16, 2021
A True Friend ! You and the Family have my sincere sympathies. I heard Donny, Jim and Paul met Him at The Gate. May He Rest In Peace.
Jerry Ftacek
Family
June 16, 2021
Pat , my prayers are with your family. May you find comfort in all of your memories. Special hugs.
Jill Talbott
Friend
June 16, 2021
Our most sincere condolences to Pat and her children. Fair winds and following seas, Wayne.
Larry and Terry Turner
Family
June 16, 2021
Our deepest condolences to the entire Fry family. I enjoyed hunting with both Mike and Wayne. If heavens the way I picture it, Wayne is following Banks Buddy and Badger and the fields are full of birds. RIP Wayne.
Randy and Angie Wilson
Friend
June 15, 2021
Wayne was a a great storyteller, he always made us smile and laugh while sharing his Navy stories. We looked forward to summers when he would show up on our doorstep with a basket of tomatoes for us to pick from, he definitely had a green thumb. Now he is reunited with his beloved Bear enjoying pheasant hunting adventures again. Our love to the Fry family, you are in our thoughts & prayers.
James & Karla Thurston
June 15, 2021
Deepest sympathy, Pat, to you and your entire family. Many fond memories of St. Anthony´s. Praying for you all. Love and hugs.
Pat McCullagh
June 15, 2021
I am so sorry for your loss! We loved Wayne and your entire family. Pat, we cannot wait to see you soon
Chris Mechling
June 15, 2021
So very sorry to here of Wayne's passing. Know all of you are in our prayers. Love, Kathy, Susan and Brian
Kathy, Susan and Brian Gibbons
June 15, 2021
My parents thought the world of Wayne - a great friend of theirs through the years in Streator. Treasure your memories.
E.J. Flanigan
June 15, 2021
Showing 1 - 24 of 24 results