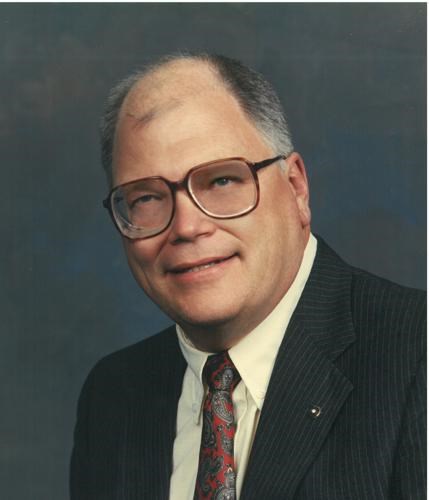 FUNERAL HOME
Wichmann Funeral Home - Laemmrich Chapel
312 Milwaukee Street
Menasha, WI
John Wiley, Jr., 79, Appleton, passed away and joined his heavenly Father on Wednesday, September 22, 2021. John was born in Spokane, Washington on July 21, 1942 to Averill J. Wiley, Sr. and Maud W. (Wimbish) Wiley. As a newborn infant he traveled with his mother by train from Spokane to Appleton, where his father had accepted a position at the Institute of Paper Chemistry. He graduated from Appleton High School and received the Eagle Scout Award. John was a graduate of Cornell College in Mt. Vernon, IA, where he earned a BA in Economics.
He was united in marriage on June 23, 1967 to Sandra L. Radloff. Together they enjoyed 54 years of marriage, and their relationship served as a source of stability, fun, and inspiration for their family and friends. At the core of their relationship was a belief in Jesus Christ as their savior. Bethel Ev. Lutheran Church in Menasha was where their faith was strengthened and where countless friendships were built. In their later years, they made Touchmark in Appleton their home, and enjoyed many friends in that community.
John loved his family, and especially cherished his time with his ten grandchildren, including annual summer vacations to Sunrise Lodge in Land O'Lakes. He was each of his children's biggest fan and cheerleader. He was a Wisconsin sports fan – especially the Packers, Badgers and Brewers. He enjoyed any board game, and relished an opportunity for a good game of cribbage. Some of his best thinking was done over a game of solitaire.
He was an entrepreneur at heart, and started thirty-two businesses in Appleton. He has an extended family in the employees of Elipticon Wood Products whose success, hard work and now ownership made him very proud. He was part of an original group of investors in what became Outlook Group, and served on the board for many years. He believed in so many people over the years and served as a source of encouragement during the ups and downs of many people's journeys of entrepreneurship.
John truly believed in the greater Appleton community, having served on many community organizations including the development of the Boys and Girls Club and bringing the EAA to Oshkosh. He loved weekly Rotary breakfasts, and deeply believed in the mission of Rotary having served as a President, District Governor, Paul Harris Fellow, and a member of the Arch Klumph Society. Through Rotary he helped develop Power Flour as well as traveled to Niger fighting polio and the building of wells in Haiti. Towards the end of his life, he became an author and wrote two books designed to encourage teens and reform the educational system. He was a huge believer in Fox Valley Lutheran High School, having served as Chairman of their Blue-Ribbon Committee in the 1990's.
He will be sadly missed by his wife Sandy, brother William T. "Bud" (Gail) Wiley, Weaverville, North Carolina, and his children Nell (Roger) Houser, Colorado Springs; Ben Wiley, Plymouth; Ladd (Sandy Ballou) Wiley, Fitchburg; and Frederica (Craig) Doriot, Combined Locks, and his beloved grandchildren Liam Houser, Ava Houser, Claire Wiley, Tessa Houser, Finnley Doriot, Bryce Houser, Aidan Wiley, Naomi Doriot, Jonas Doriot, and Simone Doriot.
A funeral service for John will be held at 11:00 AM on Monday, September 27, 2021, at Bethel Ev. Lutheran Church, 829 Appleton Rd., Menasha. A visitation for John will be held from 2:00 PM – 5:00 PM on Sunday, September 26, 2021, at the Laemmrich Funeral Home, 312 Milwaukee St., Menasha and again at CHURCH on Monday at 10:00 AM until the hour of service. Online condolences may be shared at www.wichmannfuneralhomes.com.
In lieu of flowers, donations in John's name may be expressed to the Fox Valley Lutheran High School Scholarship Fund.
The family would like to thank the staff and nurses of Oakridge Gardens Nursing Home, St. Elizabeth Hospital and his physicians for their loving and attentive care.
Published by Wichmann Funeral Home - Laemmrich Chapel on Sep. 24, 2021.
To plant trees in memory, please visit the Sympathy Store.
MEMORIAL EVENTS
Sep
26
Visitation
2:00p.m. - 5:00p.m.
Wichmann Funeral Home Laemmrich Chapel
312 Milwaukee Street, Menasha,, WI
Funeral services provided by:
Wichmann Funeral Home - Laemmrich Chapel
MEMORIES & CONDOLENCES
0 Entries
Be the first to post a memory or condolences.