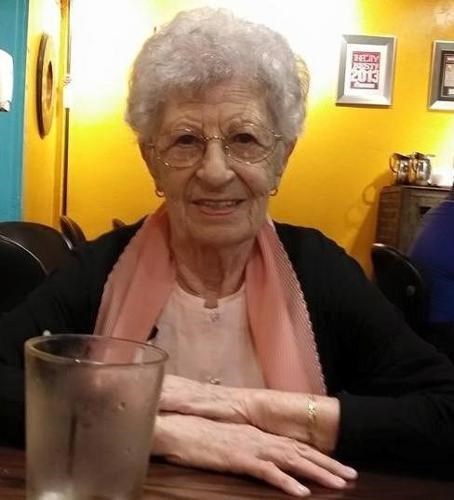 FUNERAL HOME
Weed-Corley-Fish Funeral Home Lake Travis
411 Ranch Road 620 South
Lakeway, TX
Anita Ilke (Betsche) O'Neil March 26, 1927 to June 29, 2020 Anita O'Neil peacefully passed from this world to join her husband Thomas Lee O'Neil on Monday June 29, 2020. She was born in Bruchsal, Germany. Her mother died when she was young, and she was very close to her father and brother. She was 12 when WW2 began, and lost many other family members. She nearly lost her life when a building she was in was bombed, and she laid under the rubble for a day before she was rescued. Anita was determined to overcome the trauma she experienced during the war. She moved to England where she worked as an Au pair was eventually accepted into the nursing program at Oxford University and spent several years working as an infectious disease nurse in England. Anita returned to Germany and around 1955, because she was skilled at solving puzzles, was hired by the U.S. Army as a teletype operator (code breaker) deciphering Russian messages. During that time, she met the love of her life, Sgt. Thomas O'Neil. They married and moved to the U.S. and Anita became a U.S. citizen. During his career, Tom had tours of duty in the U.S., Germany, and Korea, until he was stationed at Ft. Bliss in El Paso, Texas where he and Anita made their permanent home. Anita worked for many years as a manager at the Ft. Bliss Post Exchange. Among her responsibilities were the uniforms and insignia of the base's commanders, as well as the nation's last five-star general, Gen. Omar Bradley, who lived at Ft. Bliss until his death in 1981. For her service Gen. Bradley thanked Anita by giving her his five-star cluster. After her husband's death in 2003, Anita worked as a volunteer for her son-in-law, Dr. Mitchell Farrell, at Summit Urgent Care in El Paso. Five years ago she moved to Austin to be closer to family after living in El Paso for 51 years. Anita loved to read and travel and was a life-long learner. She loved God, loved her family and friends, excelled at all she put her hand to, and shared her story in order to bolster and encourage others to never give up when they were facing challenges. Her family are extremely saddened by her passing. She is survived by her son, Dan "Danny" Thomas O'Neil (Deborah) of Austin, Texas, daughter, Evelyn O'Neil Farrell, of Scottsdale, Arizona, and grandchildren, Sean Thomas O'Neil, of Austin, Texas and Christy "Jett" Farrell Vega (David) of Citrus Springs, Florida. A Celebration of Life service will be at 12:00 noon on Tuesday, October 19, 2021 at Martin Funeral Home East, 1460 George Dieter Dr., El Paso, Texas. Anita will be interned alongside her husband, Tom, at the Ft. Bliss National Cemetery at 2:00 p.m. on Tuesday, October 19th, 2021.
Published by Weed-Corley-Fish Funeral Home Lake Travis on Oct. 5, 2021.
To plant trees in memory, please visit the Sympathy Store.
MEMORIAL EVENTS
Oct
19
Celebration of Life
12:00p.m.
Martin Funeral Home East
1460 George Dieter Drive, El Paso, TX
Oct
19
Service
2:00p.m.
Ft. Bliss National Cemetery
5200 Fred Wilson Road, El Paso, TX
Funeral services provided by:
Weed-Corley-Fish Funeral Home Lake Travis
MEMORIES & CONDOLENCES
0 Entries
Be the first to post a memory or condolences.