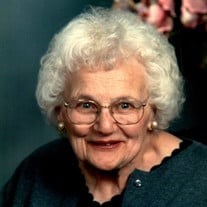 She was an active member of St. Nicholas Catholic Church and in her earlier years was active with the Falls Township Fire Maids. She graduated from St. Mary's High School in Columbus in 1942, and briefly attended Ohio State University. She worked as a telephone operator supervisor for Bell Telephone Company in Columbus and Zanesville. She was a loving mother, grandmother and friend and fed everyone who came to her house. Ann was an avid card player and never turned down a chance to play cards.

In addition to her parents and husband, Ann was preceded in death by three grandchildren: Ashley Hoffman, Jacob Baker and John Lent, Jr. and two brothers, Walter Carlisle, II and wife Mary Jo and William Carlisle.

The family would like to extend their thanks and appreciation to Clay Gardens and the Genesis Morrison House Hospice for the loving care they provided for Ann.