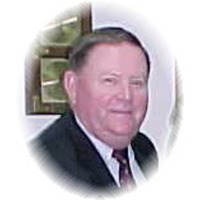 FUNERAL HOME
Bumpers Funeral Home - York
505 4th Ave West
York, AL
A memorial service for Aubrey W. Ellis, 75, of Fairhope and former resident of Livingston will be held Thursday, November 11, 2021, at 1 P.M. at Bumpers Funeral Home Chapel in York with Rev. Jack White officiating.
Mr. Ellis passed away Thursday, November 4, 2021, at his home in Fairhope. He was born March 5, 1946, in Meridian, Mississippi, to Samuel Aubrey Ellis and Doris Annette Wilson Ellis. He was a lifelong resident of Sumter County until he moved to Fairhope about a year ago.
Aubrey was the owner of Sumter Insurance Agencies, Inc. in Livingston for 40 years, until his retirement in 2014. He was very involved in his community which was very evident by the many boards and organizations on which he served.
During his lifetime, he served on many boards and was a part of many organizations which included the following:
1969 State President-Jaycees
1980 UWA School Business Award for Independent Businesses
1985 Board of Directors-Alabama Golf Association
Served on the Alabama Tombigbee Regional Commission Board of Directors from September 2006 to October 2014
Chairman of the Executive Committee from October 2010 to October 2011
Served on the Livingston Hospital Board
Served on Sumter Health Care Authority Board
Served as Past President of National Alumni Association for UWA
Served as Past President of Sumter County Alumni Association for UWA
Served 6 years on Sumter County Board of Education
Served on East Mississippi/West Alabama Economic Development Board for 2 years
Served on UWA Foundation Board and as Past Chairman
Served on Sumter County Commission from 1986 to 2014 – 2 terms as Chairman
Aubrey enjoyed all sports, but his love for golf exceeded them all. Anyone who knew him knew that he was an avid golfer. He will be greatly missed by all those who knew him.
Survivors include his children, Darrin Lee Ellis (Paige) of Fairhope and Amber Dee Ellis (Randy Jackson) of Huntsville; brother, Samuel Wayne "Tootie" Ellis (Cathy) of Meridian; and grandchildren, Emmett Jackson Ellis and Samuel Aubrey Ellis, II.
He was preceded in death by his parents and his wife, Mary Ann Ellis.
In lieu of flowers memorials may be made to the charity of your choice.
Visit bumpersfuneralhome.com to sign the online register and post condolences to the family.
Arrangements by Bumpers Funeral Home of York.
To send a flower arrangement or to plant trees in memory of
Aubrey Wilson Ellis, please click here to visit our Sympathy Store.
Published by Bumpers Funeral Home - York on Nov. 9, 2021.
To plant trees in memory, please visit the Sympathy Store.
MEMORIAL EVENTS
Nov
11
Memorial service
1:00p.m.
Bumpers Funeral Home - York
505 4th Avenue West, York, AL
Funeral services provided by:
Bumpers Funeral Home - York
MAKE A DONATION
Please consider a donation as requested by the family.
MEMORIES & CONDOLENCES
3 Entries
With deepest sympathy.
Margaret A. Bishop-Gulley
Work
November 9, 2021
Aubrey was a dear friend to so many. He will be missed greatly. Vito and I lift prayers for peace and comfort to his family as they go through this time of grief. We will cherish our memories of fun and laughter that we had with Aubrey and Mary Ann through the years.
Vito and Linda Paparella
November 9, 2021
Really appreciated Aubrey's support of LU Tiger Baseball. Enjoyed Aubrey as a friend through the years, he always made me laugh. He will be missed....
Tommy Snell
November 9, 2021
Showing 1 - 3 of 3 results