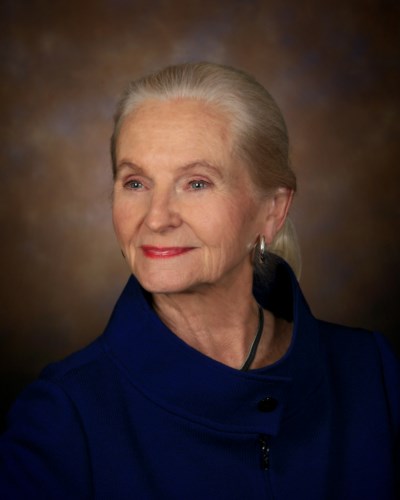 Majoring in History, she jumped at the chance to be a reporter for the University newspaper. This is how she met the promising basketball star from St. George, Utah, Leon Milne Watson. Her sorority, Kappa Kappa Gamma, voted Leon the basketball player with "the best legs". After interviewing Leon for the school paper Leon ask Barbara for a date. To which she replied "No". This sparked the challenge and intrigue. When her sorority wondered who could be the first to date 'Mr. Legs', Barbara knew she had the inside track. Seven months after this first "No", they finally went on their first date. Barbara and Leon were married on November 21, 1947, in the atrium of the Garden Park Ward in Salt Lake City. Their honeymoon was a forgettable trip to Boise, Idaho. They were later sealed in the St. George Temple.

Their first child Kyle Richard made his appearance in 1948. Barbara did not want to live in unbearably hot, St. George. Their move to Utah's Dixie, in 1950, was to be only temporary with employment offers and enticements in the Golden State of California. But like George Bailey, they never left town. Barbara joked that she would begin crying at the Point of the Mountain in Salt Lake County and would not stop until arriving in St. George. It took many trips back to Salt Lake City and Las Vegas to ease the burden, but eventually they both settled into a lifetime of Southern Utah accomplishments.

Second son, David Leon was added in 1952 and a surprise blessed daughter Tracy in 1964. Barbara set up 'shop' in St. George in a little green house on 200 south next door to her in-laws D.C. and Nan Watson. She was constantly organizing gatherings, birthday parties and trips for her friends and families. She would take the kids hiking in Pine Valley and Zion's National Park, organized swimming gatherings at the St. George City Public Pool, Twin Oaks and Sands motels on the Boulevard and made weekly summer visits to the ever-popular Veyo Pool.

The Dixie Drug Store was the business center for the Watson family from its beginning in 1914. Ownership passed to Leon and Barbara in the early 60's. Barbara was constantly at the Dixie Drug Store, located at 28 East Tabernacle. She would wait on customers, order seasonal items and supervise the greeting card display. Son, Kyle was a pharmacist at the Drug store until his untimely death in 1979. Daughter Tracy worked at the Drug store through her high school and college years. David sold drinks and candy bars but wasn't much help with the customers.

Barbara loved to travel. She and Leon visited many of the car accessible site in the United States. Leon would not fly. They took family trips to California for the beach and to visit sisters Loie and Toni, both living in California. They visited Yellowstone Park, the National Parks of Utah and surrounding states and a few trips back East to New York, Chicago plus many of the Civil War sites. She traveled with her band of ladies referred to as the 'Road Runners'. Barbara traveled with her family and friends to more distant places such as Italy and Paris, for cooking schools; visited Ireland and Germany, cruised the Caribbean, Alaska and the South Sea Islands.

Since St. George was lacking a few offerings, Barbara, the reluctant transplant, decided to bring the big city to the small town. She helped bring to St. George, musical, theatre and artistic performances.

Unfortunately, Barbara's life changed significantly when on November 23rd, 1991, Leon passed suddenly at the young age of 65. In spite of the loss, Barbara continued on with her community work, activity and service.

Then in 2003, she married Sarkis Arslanian, the legendary football coach and enjoyed 13 wonderful years with Sark and his family until his passing in December of 2016. They had an understanding. One theatre performance to one football game. He couldn't stay awake for an entire performance, and she couldn't tell you the final score, so this relationship worked out beautifully.

Barbara Jane Wilson Watson was proud of her family, her heritage, and her love for St. George. She will always be remembered as 'The Classy Lady' of Utah's Dixie.

Family and friends who are unable to attend are invited to view the funeral service online by clicking on the link below.