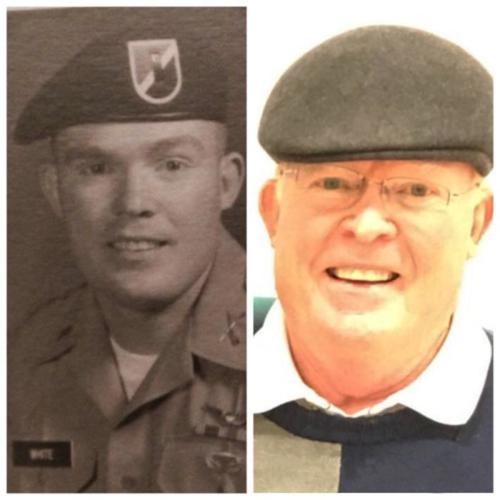 FUNERAL HOME
Brown Funeral Chapel - Byrdstown
202 West Main St
Byrdstown, TN
Billy Max White, 75, of Byrdstown, TN passed away unexpectedly Sunday, August 29, 2021. He was born on February 24th, 1946 to Alfred and Mattie (Coleman) White. Bill married the love of his life, Marian Phillips, on February 4th, 1967. He is survived in death by his wife Marian, his daughter Teresa (White) Bateman and husband Dan of Maryland, his son Steven Cheeba White of Florida. He was the loving grandfather of Bailey and Avery Bateman. He is also survived by his sisters, Maxine Phillips of Cookeville, Jean Sullivan of Rickman, Geraldine Huddleston of Byrdstown, and his brother Ron White of Texas. He was preceded in death by his brothers, Don White of Ohio and Bob White of Byrdstown.
Billy White lived his life by a small group of core values: God, family, country, honor, integrity, hard work and humility. Those values guided him to achieving multiple larger than life accomplishments in his lifetime, yet he downplayed each one as if it were just normal and routine. His military career spanned decades including being a Green Beret, serving multiple tours of combat duty, 3 Bronze Stars, over 30 Air Medals which are awarded for "single acts of heroism or meritorious achievement" while flying, and serving on multiple Presidential task forces. Yet, when someone would ask him what he did in the military, he would simply respond, "I was a soldier and a helicopter pilot". He retired from the Army as a Lt. Colonel in 1987, and continued serving his country by working in the defense industry until his death.
Known for bringing joy and laughter to a room, Billy White in his own words, never met a good time he didn't like. He embodied the saying, work hard and play hard. Bill was never one to interject himself into someone else's business, but if sought out, he was known to give life trajectory altering advice. Billy Max White is deeply loved, and his presence will be missed dearly.
To honor Bill's wishes the family has chosen cremation. Due to Covid and to keep everyone safe, there will be a private memorial service at a later date.
In lieu of flowers donations in memory of Bill White maybe made to the Wounded Warriors.
To send flowers
to the family or plant a tree
in memory of Billy, please visit our floral store.
A Memorial Tree was planted for Billy
We are deeply sorry for your loss - the staff at Brown Funeral Chapel Join in honoring their life - plant a memorial tree
Published by Brown Funeral Chapel - Byrdstown on Sep. 16, 2021.
To plant trees in memory, please visit the Sympathy Store.
MEMORIAL EVENTS
To offer your sympathy during this difficult time, you can now have memorial trees planted in a National Forest in memory of your loved one.
Funeral services provided by:
Brown Funeral Chapel - Byrdstown
MEMORIES & CONDOLENCES
0 Entries
Be the first to post a memory or condolences.