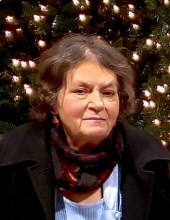 FUNERAL HOME
Goodwine Funeral Homes - Robinson
303 East Main Street
Robinson, IL
Carolyn Bachelor, 71, of Robinson, IL, passed away on Monday, September 13, 2021, in the comfort of her home. She was born March 27, 1950, in Olney, IL, the daughter of Loren & Clara (Rentz) Fear, both of whom preceded her in death. She was also preceded in death by her brothers, Loren Fear, Jr. and Phillip Fear, and her niece, Candy Cotton.
She is survived by her children, Adam & Carla Bachelor (Robinson, IL), Valerie & Jeremy Ping (Oblong, IL), and Amanda Bachelor & David Zink (Robinson, IL); by eight grandchildren, Jerrett Ping, Jaxsen Ping, Jarah Ping, Clara Zink, Zachary Bachelor, Quentin Bachelor, Nate Fryman, and Jessie Fryman; by her great-grandchildren, Jasper Fryman, Daxtin Bachelor, Jaxtin Bachelor, Havin Bachelor, and Hunter Dominic Bachelor; by her sister, Fonda & Ray Fear, and Thomas & Brenda (Yager) Fear; as well as several nieces and nephews.
Carolyn grew up outside of Newton and was a 1968 graduate of Newton Community High School. She would go on to work for a number of local businesses, including Victor Dana and L.S. Heath, before finding employment at E.H. Baare, where she would work for 36 years before retiring in 2015.
She was, by all accounts, a sports fan and would keep up with the Chicago Cubs and the University of Illinois Fighting Illini. So deep was her passion for sports that she often found herself at local high school football and basketball games. As her grandchildren came of age, she made it a point to support them at every game and school function they participated in. Anyone who knew her could attest to the love she had for her grandchildren, as they were each the apple of their grandma's eye! She also held a deep affection for animals. Though her father was a dog breeder, she took in many cats throughout her life. This speaks to her caring and giving nature. Carolyn Bachelor consistently put the needs of others ahead of her own and was charitable with both her time and her money. In fact, she gave to just about any organization or charity that reached out to her!
A woman of deep faith, she was a longtime and faithful member of the St. Elizabeth Catholic Church. We find both hope and assurance that on Monday, she was met with the words, "Well done, good and faithful servant!"
A time of visitation will be held from 4:00-7:00 p.m. on Wednesday, September 15th, at the Goodwine Funeral Home in Robinson. A Funeral Mass will be held at 10:00 a.m. on Thursday, September 16th, at the St. Elizabeth Catholic Church in Robinson, with Reverend Fr. Suresh Sambaturu officiating. A live stream of the mass will be available on Goodwine Funeral Homes' Facebook page or by going to https://www.goodwinefuneralhomes.com/live-stream/live-stream. Cremation will follow, and burial will follow in the Mount Calvary Cemetery in Newton at a later date. Memorials may be made to either the "Crawford County Humane Society" or to the "Leukemia & Lymphoma Society", with envelopes available at the funeral home. To plant a beautiful memorial tree in memory of Carolyn Bachelor, please visit our Tribute Store.
Published by Goodwine Funeral Homes - Robinson on Sep. 21, 2021.
To plant trees in memory, please visit the Sympathy Store.
MEMORIAL EVENTS
Sep
15
Service
4:00p.m. - 7:00p.m.
Goodwine Funeral Home - Robinson
303 E Main St, Robinson, IL
Sep
16
Service
10:00a.m.
Saint Elizabeth Catholic Church
207 E Walnut St, Robinson, IL
Funeral services provided by:
Goodwine Funeral Homes - Robinson
MAKE A DONATION
Please consider a donation as requested by the family.
MEMORIES & CONDOLENCES
0 Entries
Be the first to post a memory or condolences.