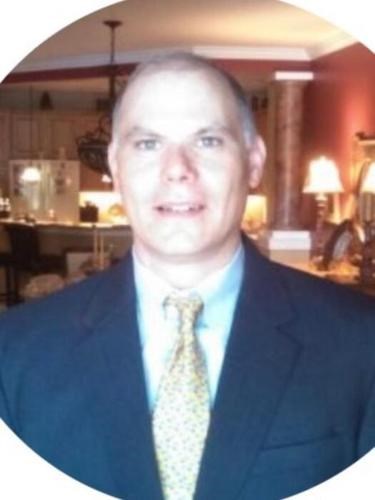 ABOUT
Upper Dublin High School
FUNERAL HOME
John J. Bryers Funeral Home
406 North Easton Road
Willow Grove, PA
Obituary
On Tuesday, June 29, 2021 Charles David Laragione, loving husband, father, son and brother, passed away at the age of 48. He suffered for over two years with head and neck cancer. He was a fighter until the very end.

He was a resident of Moorestown, NJ, but his formative years were spent in Oreland, PA, Montgomery County. He attended Upper Dublin High School where he is remembered for his larger than life personality. He attended East Stroudsburg for a year before deciding to move down south and attend the University of Mississippi in Oxford, MS. Charles' interest in food started at his family owned deli. He loved the change of pace at Ole Miss and furthered his love of cooking by working at the City Grill for several years. He met lifelong friends in the restaurant industry and after graduation with a business degree, he decided to move to Memphis, TN to become a chef. It is here where he met his future wife. Charlie and Kelley lived down south for over 20 years. He utilized his culinary expertise and business skills in sales in the food industry. He later excelled in a digital marketing career that brought him back to the Northeast. Charlie's unwavering faith in the Lord Jesus Christ sustained him through hardships along the way. An avid Philadelphia sports teams fan since childhood; he loved reading, particularly history and loved attending Phish concerts.

Thanks to all the staff at MD Anderson Cancer Center, Camden, NJ and Voorhees, NJ.