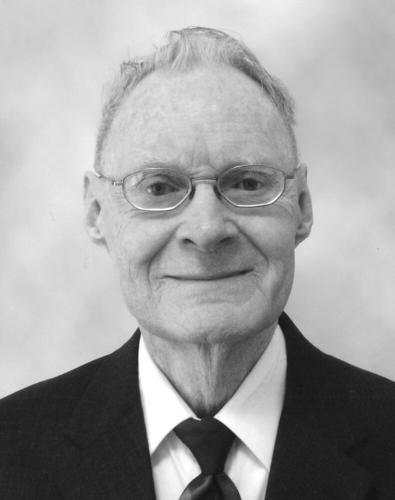 FUNERAL HOME
Musgrove Mortuary & West Lawn Memorial Park
225 South Danebo Ave
Eugene, OR
Obituary of Charles Jesse Wells
Life began for Charles Jesse Wells on April 3, 1930 in Eugene, Oregon and ended on October 15, 2021 at the age of 91. He spent his summer vacations from the 1930s to 1940s working on farms in the Eugene area. He loved picking cherries and beans, sometimes picking 500 pounds and earning a total of $12.50 for the day. In 1952 he was a graduate of Arizona. In November of 1952 he was drafted into the United States Army, serving 2 years in the Korean War as a medical corps. He was trained to teach X-ray at Fort Sam Houston in San Antonio, Texas. In January 1955 after finishing his army obligations, he entered the ministry in his home state of Oregon. He ministered in Oregon, Washington, Idaho, Montana, Colorado and New Mexico. He was grateful for health that enabled him to continue in the ministry for 40 years. Failing health caused Charles to leave the ministry and return to the family home in Eugene. He is preceded in death by his father, Harold Wells, mother, Bertha Wells, and sister, Phyllis. There will be a memorial service on Saturday, October 30th, at 11:00am at the Campbell Community Center, Great Hall Room. 155 High St. Eugene, OR.
Arrangements entrusted to Musgrove Family Mortuary. Please access the obituary and you are invited to sign the guestbook at musgroves.com.
Published by Musgrove Mortuary & West Lawn Memorial Park on Oct. 22, 2021.
To plant trees in memory, please visit the Sympathy Store.
MEMORIAL EVENTS
To offer your sympathy during this difficult time, you can now have memorial trees planted in a National Forest in memory of your loved one.
Funeral services provided by:
Musgrove Mortuary & West Lawn Memorial Park
MEMORIES & CONDOLENCES
13 Entries
So many memories of Charles in Seattle. I don't think he ever realized how many of us teenagers in Seattle appreciated him. He had food allergies and would come to our home stay for a week and have mom fix different meals to try and figure out what he could and couldn't eat. He enjoyed working with the younger ones and we enjoyed his help and learned so much from him. He will be missed!!
Gary Brown
Friend
October 30, 2021
Charles was a special friend & worker to our family while in New Mexico. His kindness will always be remembered.
Verby & Jody Van Houten
Friend
October 24, 2021
Because Charles was the first worker our family ever heard speak he was incredibly precious to us all through the years. One letter I received from Charles referred to Ps 11:3-If the foundations be destroyed, what can the righteous do? Charles said, "Keep on being righteous." Our wise God taught Charles Well.
Judy Thompson
October 24, 2021
Charles had the Saturday night meeting at Powell convention 6 /25/71. Was very thankful for his message of life an brought to me a nèw an sweet beginning.
Betty Ashlock
October 24, 2021
Charles spent his last 20+ years being an important part of our Sunday morning fellowship. So many times he had a story for us about 'a little red headed boy...' we are going to really miss his part!
Peggy West
October 24, 2021
Charles and l landed at fort Pickett in Virginia in early 1953. Stationed in barracks across the street we became lifelong friends. Travelled with him and buddies in his new Studebaker to conv in Colorado and Wyoming. Appreciate his influence on my life.
Herbert ivan Reid
Friend
October 23, 2021
Charles was in our field in Seattle a few different times when I was young, and we always appreciated his spirit and care. The last time we saw him was just after one of the Vietnam-era army reunions; we visited family in New Mexico where Charles was at the time and he was so interested in seeing the memory book and pictures-kept it a few days to look it over thoroughly!
Deena Chavez
October 23, 2021
Remembering Charles...and our brother Lowell. The Stidolph family.
Harold Stidolph
October 23, 2021
How many memories we have of that kind gentle soul in our home when we were little girls.
Sue Foster
Friend
October 23, 2021
Condolences to the family in our time of loss. Always enjoyed visiting with Charles.
Edward Husum
Friend
October 23, 2021
Charles also labored in Wyoming. I professed in his Gospel meeting in Powell Wyoming in 1967. He was with Hugh Hughes. I´m so thankful for his faithfulness and his life given in the ministry.
Merlene Dutton Johnson
Friend
October 22, 2021
Charles was one of the first workers my mother ever heard speak. She was in awe with him and made arrangements to get his autograph. She had said if "I could just get that man's autograph I know I'd be saved." I am so grateful that this man was a minister for God and that he was able to bring my mother the truth of salvation.
Amy Everhart
October 22, 2021
Beloved co-worker and dear friend. I have so many wonderful memories of times with Charles and his brotherly care for me in every way. He was an amazing teacher, a caring shepherd, a loyal friend.
Christopher John Sparks
Friend
October 22, 2021
Showing 1 - 13 of 13 results