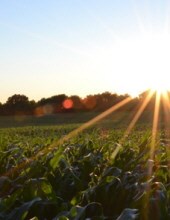 FUNERAL HOME
Beck's Tribute Center
405 5TH AVE S
EDMONDS, WA
David J. Baumer
1957 – 2021
Dave Baumer, 64, passed away peacefully in his home on October 23, 2021, surrounded by the love of his family.
Dave was born in Spokane as the fourth of six kids to Irene and Louis Baumer. Throughout his childhood, he was never in one place for too long, as the family moved around the country to Queens, Long Island, Dallas (twice), Princeton, and Phoenix. After high school, he attended Seattle University on a tennis scholarship and later earned a law degree from the University of Puget Sound (now part of Seattle U).
The Seattle area became Dave's permanent home where he raised a family and enjoyed a successful career as a commercial real estate broker. He was a dedicated father, husband, and friend to many. Dave's infectious positive attitude will live on forever in the spirit of those who were fortunate enough to know him.
Dave was preceded in death by his mother, Irene, and older sister, Mary. He is survived by his wife Melinda, children Danny and Meggie, siblings Rita (John), Sheri, Debby (Jack), and Bobby (Meme), brother-in-law Bob (Mary), and father Louis (Catherine).
To celebrate Dave's life, a gathering will be held at the View Church in Snohomish, WA (17210 WA-9, Snohomish, WA 98296) at 10 a.m. on November 13, 2021. In lieu of flowers, please consider a donation to the Prostate Cancer Foundation or ZERO – The End of Prostate Cancer
Published by Beck's Tribute Center on Oct. 27, 2021.
To plant trees in memory, please visit the Sympathy Store.
MEMORIAL EVENTS
Nov
13
Celebration of Life
10:00a.m.
View Church
17210 WA-9, Snohomish
Funeral services provided by:
Beck's Tribute Center
MEMORIES & CONDOLENCES
1 Entry
Love you Melinda!!! I´m so sorry. Dave was great and you guys were awesome together. Hugs!
Laura Faulstich
Friend
November 4, 2021
Showing 1 - 1 of 1 results