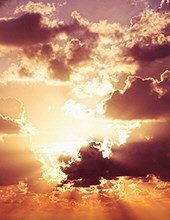 Inurnment will occur at a later date at Fairmount Cemetery in Lamar.
David (Dave) Breedlove Marsh was born in Tulsa, OK on September 24, 1959 to Don and Willamae (Mae) Marsh. He departed this life October 5, 2021 at the age of 62 in Colorado Springs, CO at Memorial Hospital with his family by his side.
Growing up the son of a share crop farmer, Dave and his family moved several times. He attended multiple schools up and down the valley before settling in Coolidge, KS. Dave enjoyed farming with his family during his time at home. Dave graduated from Syracuse High School in 1978 and went on to further his education in Topeka, KS.
After returning to Syracuse, Dave began his employment with the Kansas Department of Transportation. He worked there for 38 years before retiring as a Highway Maintenance Supervisor in 2017.

Dave was an avid outdoorsman. He enjoyed hunting, trapping, fishing, and attending numerous rendezvous over the years. Above all, he loved time spent with his family and friends. He will be dearly missed by many.
In lieu of flowers, memorials for Dave may be sent to: Hunt of a Lifetime, Pheasants Forever, Wild Turkey Federation, or the National Rifle Association.
Services are under the direction of the Peacock Family. To send flowers to the family or plant a tree in memory of David Breedlove Marsh please visit our Tribute Store.
Published by Peacock Funeral Home on Oct. 9, 2021.
To plant trees in memory, please visit the Sympathy Store.
MEMORIAL EVENTS
Nov
13
Service
11:00a.m.
Peacock Funeral Home
209 S 4th St, Lamar
Funeral services provided by:
Peacock Funeral Home
MEMORIES & CONDOLENCES
0 Entries
Be the first to post a memory or condolences.