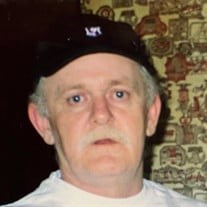 FUNERAL HOME
ZIEMER FUNERAL HOME-NORTH CHAPEL
6300 N First Ave.
Evansville, IN
David K. Cooper, 71, of Evansville, passed away Tuesday, October 5, 2021 at Linda E. White Hospice House. He was born September 11, 1950 in Terre Haute, IN to the late Arthur and Elsie (Benjimen) Cooper.
David was an avid outdoorsman. He enjoyed spending time gardening, fishing and hunting. David was a Harley Davidson enthusiast. He was a caring husband and loved spending time with his family.

In addition to his parents, David was preceded in death by his brother, Dick Cooper.

Burial will be at St. Joseph Cemetery.

Memorial contributions may be made to the American Cancer Society, Indiana Chapter, 5635 N. 96th Street, Suite 100, Indianapolis, IN 46278.

Condolences may be made online at www.ziemerfuneralhome.com.
Published by ZIEMER FUNERAL HOME-NORTH CHAPEL on Oct. 6, 2021.
To plant trees in memory, please visit the Sympathy Store.
MEMORIAL EVENTS
To offer your sympathy during this difficult time, you can now have memorial trees planted in a National Forest in memory of your loved one.
Funeral services provided by:
ZIEMER FUNERAL HOME-NORTH CHAPEL
MAKE A DONATION
Please consider a donation as requested by the family.
MEMORIES & CONDOLENCES
0 Entries
Be the first to post a memory or condolences.