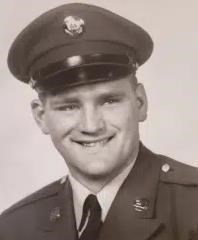 David was passionate about God, family, and country. He was an honest, straight forward man. You knew he cared about you when he would say things you needed to hear rather than what you wanted to hear. He cared most about his family, especially his children. Family time was most important to him aside from his Faith. David felt that traveling and making memories with family meant more than sitting at home.

David was service oriented and a man of Faith. As a younger gentleman, he joined the National Guard for 2 years during high school. Not long after, he transferred to the Air force where he spent 12 years serving his country. He was on active duty during the Vietnam war era; he spent time in Thai Land, Korea, and Taiwan, taking his family with him where ever he traveled. After leaving the Air Force he became an Ordained Minister. He graduated from Southern Baptist Theological Seminary in 1983 with an associates in Theology. Late 1983 he became the Pastor of Faith Southern Baptist Church in Phoenix, Arizona. His straightforward attitude and caring demeanor opened up his path to spread the word of God to prisoners. He would go on to work with jail ministries for years before retirement.

Hobbies of his included: listening to country and bluegrass music, scuba diving, riding his motorcycle and fishing. He will be remembered for his great sense of humor, his out of tune singing, and how he could never catch fish with a fishing pole but as soon as he was in his scuba gear he could catch anything.

To send a message of sympathy to the family, sign David's online guest book, or to share a favorite memory, please visit: www.MichiganCremation.com