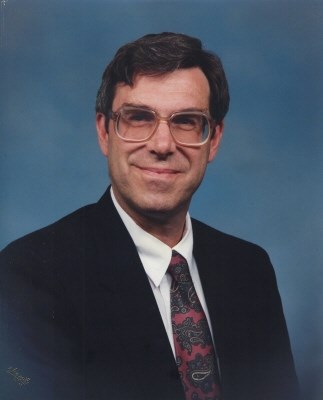 FUNERAL HOME
A.S. Turner & Sons Funeral Home & Crematory
2773 North Decatur Road
Decatur, GA
David Lewis Ewing, 78, passed peacefully after a long fight with cancer on October 4th, 2021. He was born on December 28th, 1942 in Schenectady, NY to Lewis Ewing, an engineer at GE, and Betty Beckett, a homemaker. He grew up in Syracuse, Whitesboro and Skaneateles where he won a local Lindy dance contest setting off a lifetime love of dancing; and played quarterback for his high school team setting off a lifetime love of football. He graduated from Skaneateles Senior High School in 1960 and went on to attend Clarkson University, University of Florida Law School and NYU Graduate Law School. In between his law school stints, he served as an officer in the Navy JAG Corps. While at the University of Florida, he met Kathleen Sloan O'Donnell on a blind date to be potential bridge partners. He discovered Kathy shared his love of bridge and football and spent the next 49 years with her as his dance partner until she lost her own battle with cancer in 2015. An avid bridge player, Dave received his Life Master Points by the age of 35 and competed in and won many tournaments with Kathy. After living in sun-drenched San Diego and on Washington Square Park in New York, Dave and Kathy moved to Columbia, South Carolina to raise a family where he practiced tax law and spent his final working years at Callison Tighe. When he was not practicing law, David loved traveling, playing golf, and watching the Florida Gators. He camped in the Rockies, toured Europe with nothing but a suitcase and a RailPass, and (not so) secretly loved romantic comedies. He played poker with Steve Spurrier in law school, drove a convertible on the Amalfi Coast, and got at least one hole-in-one on the golf course. He couldn't cook and wouldn't eat cilantro, but he would always ride the scariest roller coasters with his daughters, and could make a perfect martini.
He is survived by his beloved sister Janet Lee Kester of Denver, Colorado; his favorite daughter, Shannon Elizabeth Ewing of Atlanta, Georgia, and his other favorite daughter, Kelly Margaret Ewing of Los Angeles, California; his twin grandchildren, Grayson and Audrey Ewing-Weyl; and many wonderful and caring friends including Paul Deborde of Columbia, SC, Myrtle Robinson of Columbia, SC and TreLexia "Lexi" Pauldo of Atlanta, GA.
David looks forward to forgiving the Gators for losing to Kentucky ("Kentucky?! Are you kidding me!?") and once again dancing with Kathy. There will be a celebration of his life in Columbia on Nov 6 at Spring Valley Country Club. In lieu of flowers, the family asks that you support a cancer research organization of your choice and celebrate Dave's life with cocktails and toasts. To send flowers to the family of David Lewis Ewing please visit our Tribute Store.
Published by Legacy on Oct. 8, 2021.
Legacy.com reports daily on death announcements in local communities nationwide. Visit our funeral home directory for more local information, or see our FAQ page for help with finding obituaries and sending sympathy.
To plant trees in memory, please visit the Sympathy Store.
MEMORIAL EVENTS
To offer your sympathy during this difficult time, you can now have memorial trees planted in a National Forest in memory of your loved one.
Funeral services provided by:
A.S. Turner & Sons Funeral Home & Crematory
MEMORIES & CONDOLENCES
2 Entries
I had the pleasure of working with Dave as a law clerk and young lawyer. He was always quick to laugh and smile and a joy to work for. I am so sorry to hear of his passing.
Jason Bobertz
October 12, 2021
So sorry to hear of his passing. His was a very well beloved and was always very nice to those around him.
Jennifer Crider
Work
October 11, 2021
Showing 1 - 2 of 2 results