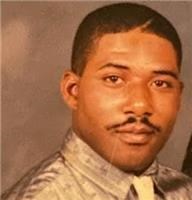 BORN
September 30, 1962
FUNERAL HOME
Georgiana Memorial Funeral Home
339 Hwy 31 S
Georgiana, AL 36033
Minister David Lee Moorer was born on September 30, 1962 in Georgiana, AL, the youngest son of his late parents, Overseer James Moorer and Sister Mary Moorer. David was raised in the church under the leadership of his father where he developed a love for God and a gift for playing the drums. He graduated from Georgiana High School in 1980 and later moved to California where he remained for over thirty-five years, until his health began to fail.

During his time in California, David was a loyal member of Saint Peter Taylor Memorial AOH church in Los Angeles and Born Again Ministries in Inglewood where he also was a minister. He professed that his calling was to preach the Revelations and was known as the "Revelator" among his church family. David knew the Scripture very well and never missed the opportunity to tell someone about the goodness of God even in the midst of his trials.

He and his wife, Glenda, raised three daughters, Lychanique, Lekia and Kayle, whom he adored. David was a proud father who took pride in caring for his girls. He was a man of great faith and continued to exalt the work of the Lord until the end of his Earthly life.

In addition to his parents, David was preceded in death by his brother Joe (Paulann) Moorer, his step-mother who raised him after the death of his mother, Sister Maggie Moorer, Step-mother Sister Bertha Moorer, step-brothers Lee Baldwin and Jamie Baldwin, and step-sister Susie Green.