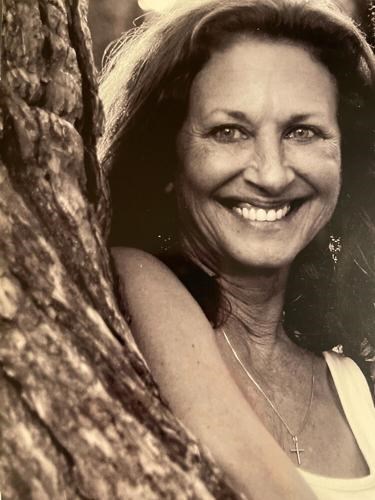 ABOUT
Madison West High School
FUNERAL HOME
Nitardy Funeral Homes - Whitewater
550 N. Newcomb Street
Whitewater, WI
Obituary of Diana Kay Montalto
Diana Kay Montalto, age 67 of Whitewater Wisconsin, passed away peacefully, November 21st, 2021 with her loved ones by her side. Diana was born June 15, 1954 in Madison, WI to Harold Keith Chisman and Delaine June Chisman. She graduated from Madison West High School in 1972 and later married Joseph Montalto the 3rd, raising 4 children, 1 foster daughter, and becoming grandparents to 7 grandchildren and 2 great grandchildren.
Diana spent her life caring for others. She opened her home for 30+ years to the foster care community, caring for children and adults with disabilities. Not only did she spend her life creating a loving home for her family and fostercare, her door remained open for anyone who needed a place to go. She was a second mom to many.
Diana loved the simple things in life, like boxed wine, watching the tv show Friends, and having that first sip of coffee in the morning. If you found drips of coffee on the carpet, you knew it was from Diana. She enjoyed listening to music as loud as it could go. Whenever she had access to an Alexa or Echo, the music could be heard from up the street. She enjoyed spending time with her grandchildren, being present in the moment and watching them dance the day away. She loved getaways with her sisters, where they would reminisce, shop, and laugh until their faces hurt. She always described it as beautiful.
Diana was a warm-hearted, kind, and selfless person. She touched the lives of everyone who was fortunate enough to know her. Her positive and warm presence would fill every room she entered. Diana had a strong faith in Jesus, and she lived out her faith for all to witness.
Diana is survived by her husband, Joseph (Salvatore) Montalto the 3; children, Jamie (Mike) Melik, Christina (David) LaHann, Joseph Montalto the 4, Cailee Montalto; grandchildren, Alexis (Randy) Andrews, Tess Montalto, Kadie Zimmerman, Cailynn Montalto, Kenidy Montalto, Addison LaHann, Hailey LaHann; great grandchildren, Griffin Melik-Andrews, Cambria Andrews; sisters, Susan(Philip Montalto) Chisman, Paula(Tom) Elver; Uncles, Donald (Erva) Chisman, Gary (Suzanne) Repsumer; many special cousins, nieces and nephews.
She is reunited in Heaven with her parents; brother, Tom "Tommy" Chisman, and foster-daughter, Anna Leija.
The family would like to thank Agrace Hospice for their kind and compassionate care of Diana during her final weeks of life. A special thank you to her daughter Jamie Melik for her in-home care and unwavering support and to family, friends, and neighbors for their calls, cards and visits.
Diana's final wishes were that family and friends would gather together in celebration. In lieu of a funeral service, a celebration of life is being planned for a later date.
To send flowers to the family or plant a tree in memory of Diana Montalto, please visit Tribute Store
Published by Nitardy Funeral Homes - Whitewater on Nov. 30, 2021.
To plant trees in memory, please visit the Sympathy Store.
MEMORIAL EVENTS
To offer your sympathy during this difficult time, you can now have memorial trees planted in a National Forest in memory of your loved one.
Funeral services provided by:
Nitardy Funeral Homes - Whitewater
MEMORIES & CONDOLENCES
0 Entries
Be the first to post a memory or condolences.