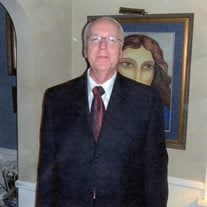 FUNERAL HOME
Ford Funeral Service Candlewood Chapel
315 S. Sooner Rd.
Midwest City, OK
Don McDonald was born in Oklahoma City on February 9th, 1946, to Lindsey and Lola McDonald. He resided in Oklahoma City at his time of death on October 12, 2021.
Don's family moved several places during his childhood. His first move was to Hugo, Oklahoma where his uncle Frank taught him to fish and took him on many trips that he spoke of often with family. While young, he was given a horse that he learned to ride and developed a love for animals of all kinds that lasted his entire life.
He started singing at a young age, including a few early television shows. His family was asked if he could go on the road with Wanda Jackson and his parents would not allow it. He spent his teen years in Midwest City and attended Choctaw High School where he graduated in 1964. He joined the Air Force right out of high school and while in the Air Force, the medical field enticed him. As a medic, he worked at the VA in San Antonio caring for soldiers returning from Vietnam. He worked in numerous positions at Baptist Medical Center, including the Cardiac Care Unit in the Emergency Room. He was employed by BMC for 45 years where his medical skills and wonderful personality earned the respect and friendship of his colleagues and physicians, earning numerous awards and commendations.
Don was gifted with a beautiful tenor voice. He studied vocal performance at Oklahoma City University and the University of Central Oklahoma. He had a deep love for opera and choral music. He performed major tenor operatic roles across the country as well as singing numerous solo performances and oratorios. He also sang with the Canterbury Choral Society for many years.
Don McDonald is survived by his sister Lawanda Higdon, his two nephews: Jerry Higdon and his wife Debbie, Lin Higdon and his wife Leslie, two great nephews and two great nieces, extended family and a host of friends and colleagues.
He is proceeded in death by his parents, Lindsey and Lola McDonald, and brother in-law Al Higdon.
In lieu of flowers please consider making a donation to Painted Sky Opera. https://www.paintedskyopera.org/donate
Published by Ford Funeral Service Candlewood Chapel on Oct. 20, 2021.
To plant trees in memory, please visit the Sympathy Store.
MEMORIAL EVENTS
Nov
3
Service
Candlewood Chapel
315 S. Sooner Rd., Midwest, OK
Funeral services provided by:
Ford Funeral Service Candlewood Chapel
MEMORIES & CONDOLENCES
0 Entries
Be the first to post a memory or condolences.