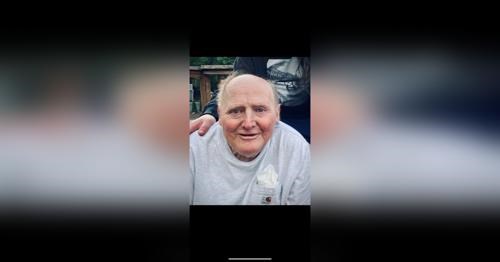 On September 10, 2021, Donald Wayne Hill went to be with the Lord, after multiple battles with cancer. He was born in Phoenix, AZ on June 10, 1956, son of the late Dorsey Ray Hill and Margaret Louise Harris.
He grew up in Phoenix, AZ and at times in Southern CA. During his childhood to make money he would mow lawns, help sell homemade candles, and search the cars for keys (he loved carrying keys around) and he'd search the sofas for change at his uncle Jr.'s house. His Aunt Pam and him would clean the Tasty Freeze parking lot for free ice cream. He loved riding his bike and playing baseball. He enjoyed the outdoors, he camped, fished, loved going to the racetrack. He enjoyed playing pool, horseshoes, darts, and shuffleboard. He loved to cook and could throw stuff in a pot and it would be so yummy. He had a quirky sense of humor and loved to tease his children and grandchildren. He loved doing things with his friends and family.
Don was a very hard worker too. He worked at roofing, his favorite was hot tar. He continued roofing until 1996. He was able to tell you exactly how many square and how much to bid by just a glance. He could smell a roof a mile away. He'd say, "Awe, there's a roof I smell it." He loved the smell of hot tar.
Don met and married his wife of 47 years, Cheryl Rendle, on August 18, 1974. Together they had three children, 1 daughter and 2 sons, and they also raised 2 nephews and 1 niece that he considered his own.
His memory will be cherished and kept alive by his wife, Cheryl, of Spokane, his daughter Dawna (Jon) Meredith, son Donald (Jody) Hill II, son Jonathan Hill, son Jason Hill, son Joshua (Destini) Hill, daughter Amanda Hill. He will forever be in the hearts of his 14 grandchildren: Ryan, Raeanna, Sarina, Jason Jr., Trenity, Jordan, Evan, Kendra, Summer,. Alissa, Kaiah, Hannah, Donald III, and Annika, and his 2 great grandchildren, Nathan and Abigale.
He is also survived by his 6 siblings, Danny, Fonda, Terry, Denise, Ron and Al. He was also survived by his Aunts, Marylou, Joann, and Pan, Uncles Howard and Joe, along with numerous nieces, nephews, and cousins.
Donald Hill was a beloved Husband, Father, Grandfather, Brother, Uncle, and Friend to many. He will be remembered for his unconditional love for his entire family. His family will miss him immensely.
A celebration of life will be announced at a later date.
To plant a tree in memory of Donald Wayne Hill, Sr., visit the Tribute Store.
Published by Legacy from Sep. 23 to Sep. 28, 2021.
Legacy.com reports daily on death announcements in local communities nationwide. Visit our funeral home directory for more local information, or see our FAQ page for help with finding obituaries and sending sympathy.
To plant trees in memory, please visit the Sympathy Store.
MEMORIAL EVENTS
To offer your sympathy during this difficult time, you can now have memorial trees planted in a National Forest in memory of your loved one.
MEMORIES & CONDOLENCES
0 Entries
Be the first to post a memory or condolences.