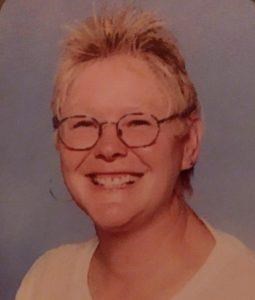 BORN
1954
DIED
2021
FUNERAL HOME
St. Louis Cremation - Downtown
2135 Chouteau Avenue
St. Louis, MO
Doris Jean Monroe was born in the heart of St. Louis, Missouri, on November 08, 1954, to her lovely parents Bill and Emily Cross. She was the second born out of four children, all daughters.

Raised in South City of St. Louis, Doris was seen attending Elementary and Middle School at Rose Fanning and achieving her high school diploma at Roosevelt Highschool. You name it Doris enjoyed it! From a young age she loved to put on her dancing shoes, to playing outdoors with her neighborhood friends, and hanging out with her sisters. As she got older Doris became, what is known as a fashionista. She could be seen in all the latest clothing styles along with never leaving the house without her favorite brands of makeup on her face. Doris ended some of her best days by walking the neighborhoods of South City St. Louis making conversation with anyone she saw on the way, playing with her grandchildren, shopping at the nearest goodwill and family dollar, feeding the neighborhood animals, and always keeping a clean home for her kids and husband.

Doris was affectionately known to many individuals as "Ms. Doris," as she found her passion as a young adult in taking care of children, ending her career as a pre-school teacher at Tower Grove Christian Academy in the year 2012. Although, Ms. Doris taught pre-school for multiple years her love for, not only her children, but all children, was not only seen in her classroom. On any given day, Ms. Doris could be seen cheering on her fellow students at their sporting events, assisting with a class for Sunday School in church, a camp counselor for the students attending Summer camp, watching a number of students in before and after care at the school, known as extended day, walking a number of laps in the school's gymnasium and skating ring with a flock of student's following her, helping as a school custodian to keeping a clean learning environment for the students, attending in the school plays, and sitting along the side of students during their lunch time.

Doris's health was seen declining early in the year of 2005. Doris shown to many of her loved ones and even to some professionals that no matter who says their goodbyes that she was not ready to say her goodbye until the evening of Friday August 20, 2021, when she was seen reunited by special loved ones including both of her parents and her sister, Sandy Cross. Doris leaves behind a large number of loved ones including her husband of 35 years Terry Monroe, her son Matt Monroe, her daughter Alicia Monroe, 2 sisters Suzie Engle and Donna Priester, 2 sister in-laws Linda Sumner and Pat Walden, 4 brother in-laws Marc Sumner, Chip Walden, John Engle, and Bob Priester, 3 nieces Lori Labrier, Amanda Priester, and Jessica Reckers, 3 handsome grandsons Aiden Droney, Max and Ryan Monroe, and a large quantity of friends. Although, no funeral will be scheduled a celebration of life visitation is to be announced. Doris/Miss Doris will be greatly missed but continuously loved so much more!
Published by St. Louis Cremation - Downtown from Sep. 14 to Sep. 15, 2021.
To plant trees in memory, please visit the Sympathy Store.
MEMORIAL EVENTS
To offer your sympathy during this difficult time, you can now have memorial trees planted in a National Forest in memory of your loved one.
Funeral services provided by:
St. Louis Cremation - Downtown
MEMORIES & CONDOLENCES
Sponsored by St. Louis Cremation - Downtown.
0 Entries
Be the first to post a memory or condolences.