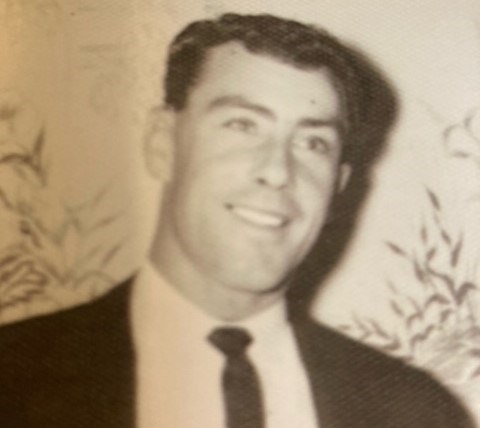 FUNERAL HOME
ARN Funeral and Cremation Services - Zionsville
11411 N Michigan Road
Zionsville, IN
Dutie "Pete" Dunlow
88, of Carmel, passed away surrounded by his family on September 12, 2021. He was born on March 12, 1933 in Aulander, North Carolina to the late Rassie and Chester (Leary) Dunlow. Pete was born in a family of 13 children – 7 boys and 6 girls. After leaving the family farm, he moved to Newport News, Virginia to work at the shipyard. While there, he was drafted into the United States Army and served as Military Police. After serving in the Army, he returned to Newport News, where he met his future wife, Brenda Futrell. They were married on February 2, 1963 and had 58 wonderful years together.
In 1966, Pete, Brenda and their baby daughter, Diana, moved to North Carolina where their second daughter, Sheila was born. Pete went to work for IBM as an electrician. While with IBM, he graduated from Croft Business College and worked his way into management and retired after 27 years with the company.
Pete was always dedicated to his family. He will be remembered as a loving husband and father. Pete was an avid golfer and loved sharing his passion with his grandkids. You could find him out on a course or in his backyard practicing his swing.
He carried his love of gardening from his family farm throughout his life. Growing his own fruits and vegetables always gave him great joy, especially being able to share the bounty with his family and friends.
Coming from a musical family, Pete played the guitar and taught himself the banjo. He loved playing for the kids and grandkids, instilling upon them a love of music.
Pete was also well known as being friendly and making people feel at ease. He always said if he didn't tease you, there was something wrong! That's how you knew he liked you!
In addition to being a hard worker at his job, he was also a very hard worker at home. He could fix anything from the smallest electrical issue to larger projects. He even built the family home in Carpenter, NC and in North Myrtle Beach, SC.
He is survived by his wife, of 58 years, Brenda; daughters, Diana (John) Stockholm and Sheila Dunlow; grandchildren, Eric Stockholm, Adam Stockholm, Sara Stockholm, and Eloise Dunlow-Hutchings; two sisters, four brothers; and a host of extended family.
A Celebration of his life will be held at a later date.
Memorial contributions may be made to DAV, Disabled American Veterans, https://secure.dav.org/.
Arrangements entrusted to Aaron-Ruben-Nelson Mortuary.
To send flowers to the family or plant a tree in memory of Dutie Pete Dunlow, please visit our floral store.
Published by ARN Funeral and Cremation Services - Zionsville on Sep. 20, 2021.
To plant trees in memory, please visit the Sympathy Store.
MEMORIAL EVENTS
To offer your sympathy during this difficult time, you can now have memorial trees planted in a National Forest in memory of your loved one.
Funeral services provided by:
ARN Funeral and Cremation Services - Zionsville
MEMORIES & CONDOLENCES
0 Entries
Be the first to post a memory or condolences.