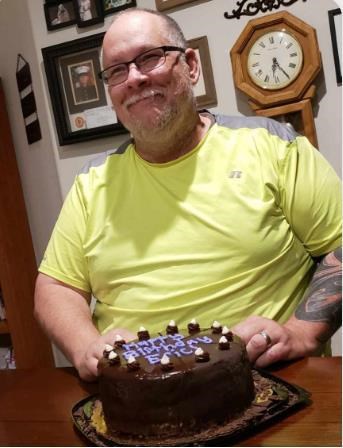 Eric grew up in Redwood City, California. He attended Taft Elementary School (where he and Marlene were in the same Kindergarten class), Hoover Jr. High School and Menlo Atherton High School. He was an avid sports fan and a loyal San Francisco 49er fan. He played the trombone all through school and in the Junior High and High School bands including the Jazz Band.

Eric enlisted in the Army, August 1985 and was honorably discharged, January 1992 due to injury. He was a Track Vehicle Repairer and always said how much he enjoyed being in the military. He had many great stories about the times he was stationed in both in Baumholder Germany and Fort Ord, Monterey, California. After serving in the military, he became a mechanic for various companies and enjoyed that work until 1997 when he decided to change course and became a retail manager. He had a successful career until 2017 when he had to leave due to heart disease.

In 1996, he and his junior high school sweetheart, Marlene, were reunited as fate would dictate and their romance picked back up right where it left off. They were married June 7, 1997.

Eric is described by anyone who knows him as a great friend and an always happy guy who loved his share of bad dad jokes and pranks on family. His sense of humor was second to none. His heart was so full of love and warmth. Always caring for his family, putting himself last. He never bragged or boasted about anything; just did things for others in such a quiet, loving way. He truly loved people and would sacrifice to help anyone, including a stranger.

It is simply impossible to put into words who Eric Johnson was on this earth to everyone he knew. His passing has left deep sad holes in the hearts and lives of all of us that will never go away. He has received his reward in Heaven now that he is in the presence of God.