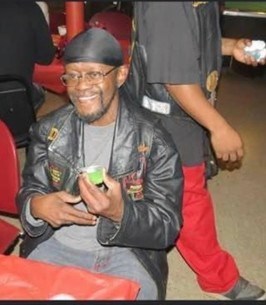 FUNERAL HOME
Absolute Economical Funeral Home Llc
7721 NW 10th St Ste B
Oklahoma City, OK
Eugene Leroy Carter Sr.
"Harvey Lu"
Sunrise
February 27, 1950
Sunset
November 18, 2021
Services
Saturday, December 18, 2021 – 11:00a.m.
901 N.W. 6th St.
OKC, OK 73106
On February 27, 1950, in the small town of Wewoka, Oklahoma, a precious baby boy took his first breath of life, Eugene Leroy Carter.
He was born to JC Carter and Lola Mae Jackson who preceded him in death.
Eugene attended Douglas Grade School, Coward Jr High and Wewoka High School. He eventually received his diploma though JOB CORP.
Soon after, Eugene met and married Margaret Phillips. To this union, two sons were born, Eugene Carter Jr and Timothy Carter. Later in life, the couple decided to part ways.
Eugene Sr was a great provider. He was a loyal and dedicated worker. He went on to retire from Tinker Air Force Base after 32 years of service.
Eugene enjoyed his retirement to the fullest. He played a mean game of dominoes and never backed down from a challenge. He was also a proud and active member of the Dem Damn Sevens motorcycle club. Eugene was a happy, fun loving and caring person. He was always willing to help his friends and love ones when he was able.
Eugene was proceeded in death by his parents, JC Carter (father), Lola Mae Jackson (mother) and Earl Tracy Jackson Sr (stepfather). His ex-wife, Margaret Carter, his sister, Loretta Pompey and his beloved grandson Coogie.
He is survived by his children: Eugene Jr (wife Fanchon) of Cedar Hill, Texas and Timothy of Dallas, Texas. Siblings left behind were Zannie Marie Hopkins (sister) of OKC, Rosetta Berry (sister) of OKC, Josephus Huntley (Brother) of Del City, OK, and Earl Tracy Jackson Jr. (Brother) of MWC, OK. He also leaves behind a host of amazing grandchildren, and great grandchildren to carry on his legacy. The power of his legacy will also live on through those "family" members and friends who understood that blood was not the only element that made you family.
Eugene Leroy Carter Sr, 71, went home to be with the Lord on the 18th of November 2021. He will be missed but not forgotten, as he will live on through his sons and their children.
Published by Absolute Economical Funeral Home Llc on Nov. 29, 2021.
To plant trees in memory, please visit the Sympathy Store.
MEMORIAL EVENTS
To offer your sympathy during this difficult time, you can now have memorial trees planted in a National Forest in memory of your loved one.
Funeral services provided by:
Absolute Economical Funeral Home Llc
MEMORIES & CONDOLENCES
0 Entries
Be the first to post a memory or condolences.