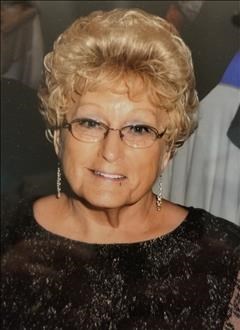 FUNERAL HOME
Brenner Mortuary
114 E. 4th St.
Pittsburg, KS
Eunice Loraine Patton, 83, of Lamar, MO, passed away on November 19, 2021, at Via Christi Village in Pittsburg, KS.
Eunice was born on March 14, 1938 to Orval and Treva Mae (Marlow) Holloway in Wichita, Kansas. She married Vernon Frank Rider; he preceded her in death on October 26, 1971. She then married Roy E. Patton on November 4, 1972; he preceded her in death on September 23, 1977.
Eunice and Vernon moved from Wichita, KS to Cherokee, KS in 1968 where they started an upholstery shop. After Vernon's death, she worked at the Kansas Army Ammunition Plant in Parsons, KS during the day and did upholstery in the evenings while raising four children. After Roy passed, Eunice moved to Texas for several years before finally settling in Lamar, MO. At the age of 60, she became an over the road semi truck driver finally retiring in 2013 at the age of 75. Everyone around her knew her as a hard worker, a spiritual leader, and a great role model. Her laugh was contagious and her chicken and noodles were heavenly. She got a kick out of watching people turn their heads as she drove her shiny red corvette around town. She was happiest while working and being with her family.
She is survived by a daughter, Sandy Strickland and her husband Kenny of Boise, ID; three sons, Steve Rider and his wife Debbie of McCune, KS, Victor Rider and his wife Ellen of Kansas City, KS, and Jason Patton of Joplin, MO; a sister, Myrtle Martin of Wichita, KS; 9 grandchildren and 20 great grandchildren.
She is preceded in death by her parents, her husband Vernon Frank Rider, husband Roy E. Patton, a daughter, Verna "Diane" Rider, a sister, Elsie Smith, a brother, Manford Holloway, and a grandson, James Tyree.
Funeral services will be on Wednesday, November 24th, 2021 at 10:00 AM in the Brenner Mortuary with Pastor Larry Davolt officiating. Burial will follow in the Cherokee Cemetery. Visitation will be held on Tuesday, November 23rd, 2021 from 6:00 pm - 7:30 pm at Brenner Mortuary. Memorial donations can be made to Angels Among Us. Arrangements are under the direction of the Brenner Mortuary, 114 E. 4th St., Pittsburg, KS.
To send flowers to the family or plant a tree in memory of Eunice Loraine Patton, please visit our floral store.
Published by Brenner Mortuary on Nov. 22, 2021.
To plant trees in memory, please visit the Sympathy Store.
MEMORIAL EVENTS
Nov
23
Visitation
6:00p.m. - 7:30p.m.
Brenner Mortuary
114 East 4th Street, Pittsburg, KS
Nov
24
Funeral service
10:00a.m.
Brenner Mortuary
114 East 4th Street, Pittsburg, KS
Funeral services provided by:
Brenner Mortuary
MEMORIES & CONDOLENCES
0 Entries
Be the first to post a memory or condolences.