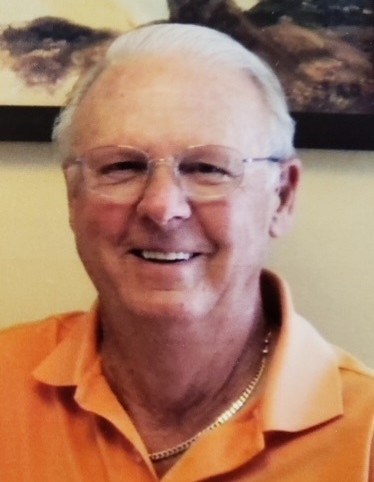 ABOUT
Lower Merion High School
FUNERAL HOME
Donohue Funeral Home - Newtown Square
3300 West Chester Pike
Newtown Square, PA
Frederick William (Bill) Lutz of West Chester, PA, formerly of Wynnewood, Broomall, Mt. Pocono and Estero FL passed away Wednesday September 2, 2021 surrounded by his family. Born July 25, 1930 in Willow Grove PA, he was the son of the late Fred and Mildred Lutz. Bill grew up in Wynnewood PA where he graduated from Lower Merion High School. He excelled as a pitcher for his high school team. Bill met Betty the love of his life at age 17. They married on October 3, 1953 and were together for 67 years.
Bill joined the Navy Reserves while still in high school. On May 8, 1951 as a Private First Class, he was transferred from the Navy to the US Army where he served as a communications repairman in Germany from 1951-1953. He received the Army of Occupation of Germany Service Metal for his service during the Korean Conflict. After an honorable discharge from the Army, he had to wait to be honorably discharged from the Navy. After completing the remainder of time served, he was honorably discharged from the Navy in April 1957.
Bill worked various jobs throughout his life. His first job at age 12 was a gas station attendant in Wynnewood. He also cleaned and repaired jewelry at Deisinger's Jewelry store in Ardmore where he became jaundiced from the cleaning solution but recovered. In 1953 he became employed by the Philadelphia Electric Company in Ardmore where he worked various jobs. As a lineman he worked shift work climbing poles, restoring power and changing street lights including during inclement weather such as Hurricane Helene in 1958. He had started a TV repair business early in his career with a friend but eventually focused entirely on his career at PECO. He worked his way up to become a construction detailer and eventually supervised that department. He was put on a special assignment for a time as an Instructor in Berwyn. He often told stories about the jokes played on his coworkers like nailing their lunch boxes to the truck bed. Bill retired in 1987.
Bill's passions were just about any sport including softball, baseball, football, ice hockey, tennis and golf. Bill played softball for PECO and was their class "A" handball Champion at age 50. He was part of a team for years who regularly bowled in a Lawrence Park league. He was an avid fan of all the Philadelphia teams including the Philadelphia Eagles, Phillies and Flyers. He was a season ticket holder who attended Eagles games at Franklin Field. He loved to golf and play tennis. Immediately following his retirement from PECO, he was part of the Mt. Pocono planning commission. In Florida several years later, he was a board member and President of the Architectural Review Board. He also held the position of President of the Homeowners Association, Men's Golf League and Master Association. He would talk with anyone and you always knew he was close by his whistling. He will be remembered for his quick wit, athletic talent and a great sense of humor.
He is survived by his wife, Betty (Rogers), his daughter, Linda Duffy (Biff) of Broomall, PA; daughter, Judy MacNeal (Thomas) of West Chester; son Frederick William Lutz Jr. of Norristown; grandchildren Thomas MacNeal, William (Biff) Jr., Colleen and Ryan Duffy and great grandchildren Karyssa and Jaxon Duffy. He was preceded in death by his brother Elliston Lutz, survived by his sister-in-law Ingrid Lutz and nephews Elliston, Kenneth, Paul and Keith Lutz.
Relatives and friends may visit the family Sunday, September 26, 2021, from 12:00 – 1:00 PM, followed by his service at 1:00 PM at The Donohue Funeral Home, 3300 West Chester Pike, Newtown Square, PA 19073.
Face masks requested.