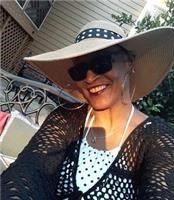 BORN
1967
DIED
2021
ABOUT
Las Vegas High School
FUNERAL HOME
Heritage Mortuary Inc.
3610 N. Rancho Drive
Las Vegas, NV
The Journey of life takes us through transitions, much like the seasons of the year. We experience the miracle of birth, the freedom of childhood, a time to realize adulthood dreams and the joy of living a fulfilled life at peace with ourselves and the creator.

The journey for Fillise Denise Boykin, daughter of the Larry Boykin and Maire B. Bullock began on August 29, 1967, in Cumberland County, North Carolina.

Fillise attended grade school in North Carolina; until her family moved to Las Vegas, NV. She completed her secondary education and graduated from Las Vegas High School. Fillise worked for a few years before retiring at an early age.

She was well known for being a good mother, grandmother, sister and friend. She always offered a helping hand, encouraging her girls and grandchildren. Additionally, she loved serving the Lord. In her pastime, Fillise loved cooking, grilling, and spending quality time with family and friends.

On April 1, 2021, Fillise's journey ended as an heir according to the promise. She went down to where a quiet river flows from whence no one returns. Fillise reached out and touched the face of God. She was proceeded in death by her father, Larry Boykin.