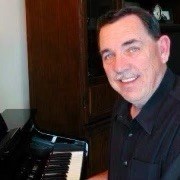 Frank Richard Kalusa,74, of Ocala, Florida, passed away unexpectedly in his home on September 11th.
He was born to parents Frank and Dorothy Kalusa, on February 24, 1947, in Camden, New Jersey. Frank proudly served in the United States Army as an Infantry Sergeant (E-5). He is a veteran of the Vietnam War, where he earned several medals, including the Purple Heart and an Army Commendation. The discipline and patriotism he learned in the Army never left him, as friends and family will attest.
Following his service, Frank returned home to New Jersey, where he met and fell in love with his wife of 51 years, Linda (Watkins), who survives him. Frank is also survived by his two sons, Frank Jr. and wife Colleen of Atco, New Jersey, and Richard and wife Ivy of Kennesaw, Georgia; along with four grandchildren, Allison, Jason, Nathan and Liam. Frank was a loving husband, father, grandfather, and friend to anyone that he came across.
Frank, along with Linda, built a life together in Camden County, New Jersey while raising their two boys before relocating and spending the rest of his years in Tampa and Ocala, Florida. He used his natural gifts of conversation and affable nature to have a successful career in banking and sales throughout his life. Frank was also a very skilled musician playing keyboards and saxophone professionally from the age of twelve until the time he passed.
He loved traveling and especially taking cruises. Always the avid cameraman, his travels with his family have been well documented throughout the years with pictures and videos taken through his eyes. He also loved spending time and being the "Life of the Party" with family and friends over the course of his life. Anyone who knew Frank was touched with his generosity, humor, and infectious energy. The absence of his presence will be missed more than words can say.
A memorial service is being planned in the near future for family and friends to be held at Florida National Cemetery. Bushnell, Florida. A live stream of the memorial service can be found on Frank's Facebook page (www.facebook.com/fkalusa1).
The family insists that people make donations in support of the Wounded Warrior Project (WoundedWarriorProject.Org), in lieu of sending flowers.
Published by Legacy on Sep. 23, 2021.
Legacy.com reports daily on death announcements in local communities nationwide. Visit our funeral home directory for more local information, or see our FAQ page for help with finding obituaries and sending sympathy.
To plant trees in memory, please visit the Sympathy Store.
MEMORIAL EVENTS
To offer your sympathy during this difficult time, you can now have memorial trees planted in a National Forest in memory of your loved one.
MEMORIES & CONDOLENCES
1 Entry
A great neighbor; great friend and devoted Vet. Devoted pet parent to Fluffy. Will really really miss him.
Bonnie Kerr
Friend
October 3, 2021
Showing 1 - 1 of 1 results