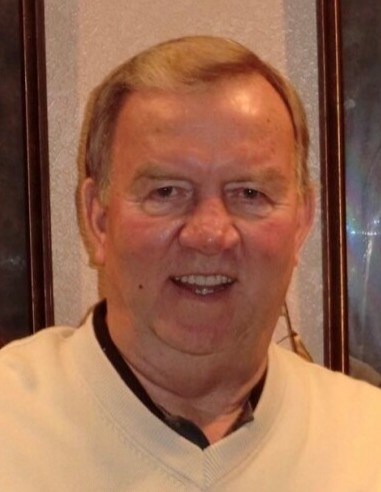 UPCOMING SERVICE
Celebration of Life
Feb, 5 2022
1:00p.m.
Buckley Eagles
Send Flowers
Gary W. Wofford, age 82, passed away November 3, 2021, surrounded by his family at St. Clare Hospital in Lakewood, WA from Pulmonary Fibrosis. Gary was born to George Wofford and Helen (Johnson) Frederickson of Bremerton, WA and grew up in Poulsbo, WA. He graduated from North Kitsap High School, class of 1957. He was very active in sports and school activities. Gary married Ellen Waali in 1958. They were married for 62 years. They lived in West Seattle for 36 years before moving to the Lake Tapps/Enumclaw area. When Gary resided in West Seattle, he coached football from 1959-1976 for The West Seattle Boys Club and West Seattle Jr. Football. He impacted many young men's lives and won several city championships along the way! He also worked on the "Chain Gang" for the University of Washington football program for several years. In his earlier years, Gary worked for Boeing, Sid Eland Distributors, and North Coast Electric. After moving to the Lake Tapps area he had three restaurants: Pard's Place (Enumclaw), Midtown Grill (Bonney Lake), and as proprietor of BLT Sports Bar and Grill (Bonney Lake) from 1997-2020. Gary was very supportive of local community programs, charities, youth programs, and the Veterans Home in Orting, WA. He was active with WIAA High School Basketball, hosting teams in state tournaments at the Tacoma Dome for several years, and supported many High School athletic programs. He also provided holiday meals for families in Enumclaw and Bonney Lake communities.
Gary is survived by his wife, Ellen; their three children, Jana Decker (Joe Fox), Connie Bray, and Brent Wofford; grandchildren, Travis Decker (Lindsey), Kyle Bray (Willa Rector), Jennie Roush (Brandon), Brooke Coyle (Frank Tanner), Taylor Wofford, Devin Wofford, Domi Wolmer (Chris), and JJ Fox; 11 great grandchildren; and his brother Richard Wofford (Cathy).
In lieu of flowers, please consider donating to: Bonney Lake Food Bank, PO Box 7521, Bonney Lake, WA 98391; Enumclaw Food Bank, PO Box 827, Enumclaw, WA 98022; or your favorite youth organization.
A private burial was held November 9, 2021 at Enumclaw Evergreen Memorial Park. There will be a Celebration of Life on Saturday, February 5, 2022 at the Buckley Eagles from 1-4pm.
Published by Legacy on Nov. 24, 2021.
Legacy.com reports daily on death announcements in local communities nationwide. Visit our funeral home directory for more local information, or see our FAQ page for help with finding obituaries and sending sympathy.
To plant trees in memory, please visit the Sympathy Store.
MEMORIAL EVENTS
Feb
5
Celebration of Life
1:00p.m.
Buckley Eagles
29021 State Route 410, Buckley, WA
MEMORIES & CONDOLENCES
3 Entries
I am so sorry to hear of Gary´s passing. He was a generous , kind and compassionate man who always had a smile and kind word for everyone. I will never forget him as a host for the coaches and players at the state basketball tournaments for the Enumclaw Hornets basketball team. Gary was a shining example of a man who gave back to the Enumclaw community. Men like him are few and far between. He was a tremendous father , grandfather and community member. I am blessed to have been his friend. Heaven has a great one. God bless, Rick Hofstrand.
Rick Hofstrand
Friend
December 12, 2021
You were a wonderful human being and was always there for me. You were more a father to me than I ever had in my life. You did so much for so many people in so many ways. I love you to the stars and feel the same about your family. Thank you for being a huge part of my life
Tracey
December 1, 2021
You were loved by so many Gary Wofford. You have a special place in heaven just for you. There is no other that has brought family and happiness to so many beautiful people. May you rest in piece knowing you make a great implant in this life of yours'. God Bless.
Cindy Funk
Friend
November 30, 2021
Showing 1 - 3 of 3 results