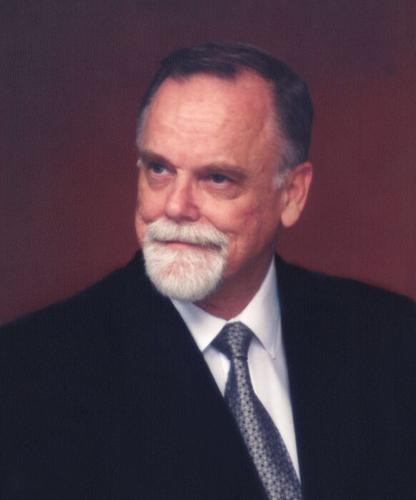 FUNERAL HOME
Hiett's LyBrand Funeral Home
1701 Goodnight Blvd (Hwy 80)
Wills Point, TX
Funeral services for Gibb Blanks Matlock, Sr. are scheduled for 2:00 PM, Friday, December 3, 2021, at Russell Memorial United Methodist Church in Wills Point. Visitation will be held one hour prior to service time. Burial will follow at White Rose Cemetery. Services are under the direction of Hiett's LyBrand Funeral Home.
San Angelo born Gibb Blanks Matlock, Sr. passed away at age 90 on Tuesday, November 30th, 2021, in his home with Mary Jo, his wife of over 65 years, holding his hand. He was born on November 27, 1931, in San Angelo, TX, to William T. and Ruth Blanks Matlock. As a boy, Gibb was an early reader, and loved the outdoors. He was a dedicated Boy Scout and attained Eagle Scout. He loved to swim, was a life guard at the local pool, and was recognized for his diving ability. Once while travelling to Abilene to demonstrate dives, he was asked to participate in the regional slide rule competition. While others worked on speed, Gibb solved only 3 problems with such accuracy that he won first prize. A grade-school teacher once wrote "Your mill grinds slowly, but exceptionally fine." After graduating from high school in San Angelo, he went to Texas A&M at the age of sixteen as a member of their diving team. This enabled him to live on campus for two years before joining the U.S. Navy during the Korean War. Gibb served as the communications technician serving on two aircraft carriers in the U.S. Navy for four years. Under the GI bill, he went on to graduate from the University of Texas with an undergraduate and a Master's degree in mathematics. He met and married Mary Jo Hullum, of Wills Point, Texas while in Austin. They moved to Dallas to make their home in 1959. Gibb later received a Ph.D. in mathematics from SMU, where he also taught evening classes. He worked for Ling/Tempco/Vaught in the electronics division and as a systems engineer at T.I., working with classified information on radar. He was the systems engineer on the team that created first-ever working prototype GPS receiver, presented in June 1979. Gibb was a member of Russell Memorial United Methodist Church.
Along with his parents, Gibb is also preceded in death by a brother, William Tillman Matlock, Jr and his sister Ruth Ann Matlock of San Angelo, TX.
Gibb is survived by his wife, Mary Jo Matlock of Dallas, TX; sons, Gibb Matlock, Jr. of Wills Point, TX, Russell Matlock and wife, Kathy of Wills Point, TX, and Brian Matlock and wife, Kim of Keller, TX; daughter, Amy Connel and husband, David of Plano, TX; grandchildren, Melissa Knutson and husband Scott, Carrie, Kaitlin, Garrett, Anna Grace, Jake, Julia, and Luke; great grandson, Kai; and by his sister Julie Holtze of Okoboji, IA.
Donations in lieu of flowers may be sent to the Salvation Army or to the Russell Memorial United Methodist Church in Wills Point.
Gibb's service will be streamed live on https://www.youtube.com/channel/UC-48r9nW5FYTUPp5uCwSSJA/videos on the day and time of services.
To send flowers to the family or plant a tree in memory of Gibb Blanks Matlock, Sr., please visit our floral store.
Published by Hiett's LyBrand Funeral Home on Dec. 1, 2021.
To plant trees in memory, please visit the Sympathy Store.
MEMORIAL EVENTS
Dec
3
Visitation
1:00p.m. - 2:00p.m.
201 S. Fourth St., Wills Point, TX
Dec
3
Funeral service
2:00p.m.
201 S. Fourth St., Wills Point, TX
Funeral services provided by:
Hiett's LyBrand Funeral Home
MEMORIES & CONDOLENCES
1 Entry
Mr. Matlock is such an amazing man even now that he is Gone . I Read more because I could see how it formed his powerful thoughts.what a Great Role model to his Grandchildren God Definitely has you .
Pete Sapien
December 21, 2021
Showing 1 - 1 of 1 results