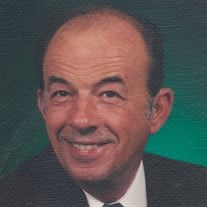 FUNERAL HOME
Clark Funeral Home
142 Commerce St
Hawkinsville, GA
Harold Thomas Hailey, 84, was released from his earthly mission of service and promoted to his
Heavenly Home on Flag Day, June 14, 2021. He suffered a brief illness and died at his home in
Hawkinsville, Georgia surrounded by many loved ones. He is survived by his wife of 63 years, Faye Jones Hailey. He leaves three children, Keith Hailey (Lisa), Brenda Smith (Glen) and Cassie Neill (Ryan) as well as seven grandchildren, Matthew, and Alyssa Smith; Jessica, Jonathan, Amanda, lan, and Justin Neill; a special step-grandson, Mark Hunter; and a great grandson, Jackson Lee Smith.

Harold, known to many family and friends as Buck, was born and raised in Eden, North Carolina. He was the son of the late C. Garland Hailey and Cornelia Thomas Hailey. Surviving brothers and sisters include Neil Hailey (Blanche), William Hailey (Donna), Betty McGavisk, and Frances Horsley (J.W.). Preceding him in death was one sister, Evelyn Earles and one brother, Allen Lewis Hailey.

Buck served his country for twenty years in the U.S. Air Force. As a master in the field lntegrated Avionics, his motto was, "lf man made it, I should be able to fix it!" A highly decorated veteran, he served a tour in Viet Nam and received numerous awards including the Bronze Star as well as recognized by the South Vietnamese for his service during the war.

Mr. Hailey moved to Hawkinsville after retiring from the Air Force in 1975. He taught electro mechanics classes in the vocational department at Hawkinsville High School for 21 years. He poured his life into his students and loved them all. He could hardly go out without meeting former students who would come and thank him for the positive impact he had on their lives,

Most significantly, Harold was a servant of our Lord, Yeshua Ha Mashiach/Jesus Christ, as evidenced by his life of service to the orphan, the widows, the needy, and anyone God put in his path. An ordained deacon, passionate to obey God, he had a gift of evangelism. He was a living example of the Word of God to his children and his grandchildren, who often recall the miraculous stories of his trust in the God of Abraham, lsaac, and Jacob.

According to his wishes, a memorial service will be held to celebrate his life and promotion to a better life in Heaven on Saturday, June 19, 2021 at Double Branch Baptist Church, 2960 Williams Rd. Unadilla Ga. at 4 pm.
A Visitation will be held at the residence at any time and one hour prior to the service at the church.
Send sympathy flowers to the funeral home, or plant memorial trees in a national forest.
Published by Clark Funeral Home on Jun. 16, 2021.
MEMORIAL EVENTS
Jun
19
Memorial service
4:00p.m.
Double Branch Freewill Baptist Church
2960 Williams Rd, Unadilla, GA
Funeral services provided by:
Clark Funeral Home
MEMORIES & CONDOLENCES
2 Entries
So sad to receive this news. Mr. Hailey was my favorite teacher in the late 70s and certainly made a difference in my life. He suggested I might want to join the Air Force...40 years later I´m still serving. May he rest in peace.
Danny
Friend
July 16, 2021
We are so sorry for your families loss of this dear man. He has left a great testimony of love and care for his family and friends. We know that in Christ, to be absent from the body is to be present with Him. Our prayers are with you until you see Harold again.
Steve and Cyndi Lyons
Other
June 17, 2021
Showing 1 - 2 of 2 results