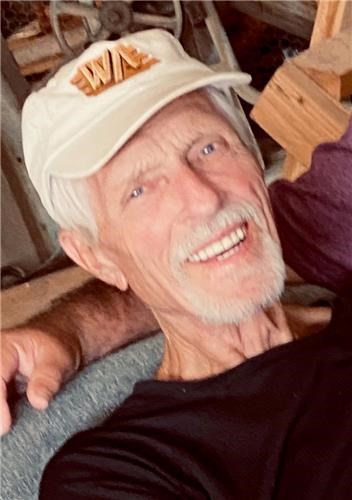 Jack worked as an electrician for over 30 years while proudly serving his country in the National Reserves for 7 of those years. Jack learned a lot of things in his life, but some of his favorites were learning to golf as his parents had, becoming a pilot to fly his own airplane, as well as building his very own home. He also had a love for classic cars, which he had even gotten his own to restore. Later in life, Jack was very knowledgeable in healing scriptures, as he memorized many of them. He too learned the Lord's Prayer along with Psalm 23 which was very dear to his heart. Anyone who knew Jack knew how much he loved his daughters and cherished the memories that they made together. He will be greatly missed by all those who knew him.

Jack was preceded in death by his parents Dorothy (Lipscomb) and Frank Finck, and his sister Joy.

Jack is survived by his wife Linda (Kimbley) Finck; his 2 daughters Julie (Bill) Wikle of Ohio and Jill (James) West of Tennessee; his grandchildren Kyle Harris, Hayley, and Chelsea all of Ohio; his great-grandchildren Dylan and Colton; and his brother Michael (Kathy) Finck.

The family will hold a private memorial service at a later date.
Published by Sunset Funeral Home, Cremation Center & Cemetery from Oct. 10 to Oct. 11, 2021.
To plant trees in memory, please visit the Sympathy Store.
MEMORIAL EVENTS
To offer your sympathy during this difficult time, you can now have memorial trees planted in a National Forest in memory of your loved one.
Funeral services provided by:
Sunset Funeral Home, Cremation Center & Cemetery
MEMORIES & CONDOLENCES
Sponsored by Sunset Funeral Home, Cremation Center & Cemetery.
3 Entries
It is with great sadness that we mourn the passing of our Brother Jack Finck. We extend our sincere sympathy to his family and share in their loss. A private tribute to his memory will be held at our next Union meeting in his honor. Rest in peace, Brother. With Deepest Sympathy, The Officers, Staff and Members of IBEW Local Union 16 Evansville, IN
Kim Musgrave
October 11, 2021
I firmly believe that Jack is in the hands of the Good Lord. Please accept my heartfelt sympathy to the family for the loss of a great man. I will miss my friend.
Dennis Pillow
Friend
October 11, 2021
Sincere condolences to all. I knew Jack as a child. He was a staple in the Wilkinson home. What a great laugh and smile!
Carolyn "Wilkinson" Taylor
October 10, 2021
Showing 1 - 3 of 3 results