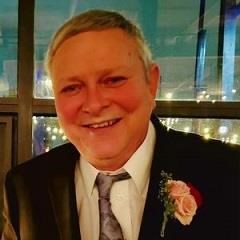 BORN
1953
DIED
2021
ABOUT
Arsenal Technical High School
FUNERAL HOME
Wilson St. Pierre Funeral Service & Crematory - Greenwood Chapel
481 West Main Street
Greenwood, IN
UPCOMING SERVICE
Visitation
Dec, 1 2021
4:00p.m. - 8:00p.m.
Wilson St. Pierre Funeral Service & Crematory - Greenwood Chapel
Send Flowers
James Earl Beasley, 68, of New Whiteland, IN passed away unexpectedly at his residence on November 20, 2021. James was born in Indianapolis, IN to the late William and Mattie (Anderson) Beasley on August 31, 1953.
He is survived by his sons, Philip (Julie) Beasley, Dennis (Kaitlin) Beasley, his brother Billy (Kathy) Beasley, his grandchildren Jaycie and Jerrin Summers, his partner Nina Sayer and great grandchildren.
He graduated from Arsenal Tech High school in 1971 and then served in the United States Army from 1972-1974 as a Computer Systems Operator. He achieved the rank of Specialist (E4).
He was employed by Ivy Tech Community College for 28 years as a Computer Systems Operator. He volunteered over 1000 hrs at St Francis Hospital assisting patients' loved ones throughout the hospital. He continued to work into his retirement at the Meijer Store in Franklin as a General Merchandise Clerk.
He was a member of Good Shepherd Lutheran Church. He recently became a Master Mason as a member of Sugar Creek Lodge #279 and is also a member of the Fairland Chapter #359, Order of the Eastern Star.
He enjoyed watching the ANDY GRIFFITH SHOW, MADMEN, and a variety of his favorite game shows. He also loved just about everything and anything train/railroad related.
Visitation will be held on Wednesday, December 1, 2021, from 4-8pm at Wilson St. Pierre Funeral Service & Crematory, 481 W Main St. Greenwood, IN 46142. An Eastern Star Service will be at 7pm followed by a Masonic Service at 7:30pm. There will also be a visitation on Thursday, December 2, 2021, from 10-11am followed by a Memorial Service with interment at Forest Lawn Memory Gardens, 1977 S. State Rd. 135, Greenwood, IN 46143.
Following the interment, a small luncheon will be provided at Good Shepherd Lutheran Church, 1300 S Morton St. Franklin, IN 46131. All are welcome to attend.
In lieu of flowers, memorial contributions may be made in his name to the American Heart Association, 6500 Technology Center Dr. Suite 100, Indianapolis, IN 46278. Flowers may be donated through the Flower Market, 199 N. Madison Ave. Greenwood, IN 46142, or through the funeral home website.