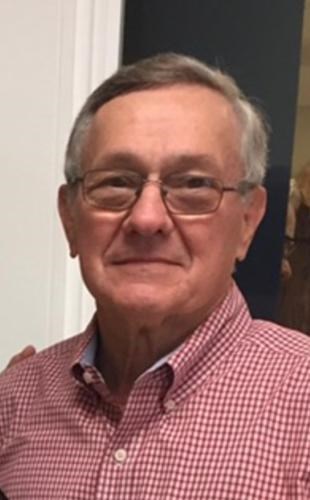 FUNERAL HOME
Breeland Funeral Home
3304 South Liberty Street
Canton, MS
James Marvin Chandler, 77, of Canton, Mississippi, was called
to his eternal home to be with our Lord September 2, 2021. Visitation will
be Saturday, September 4, from 6:00 to 8:00 p.m. at Breeland Funeral Home,
in Canton, MS. Visitation will resume on Sunday, September 5, at 1:00 pm
at the First United Methodist Church, in Canton, MS with a Celebration
of Life Service to follow at 3:00 p.m. Interment will be at the Canton City
Cemetery in Canton, MS.
James was born on September 9, 1943, in Canton, MS to Edward Clifton
Chandler and Mable Chamblee Chandler. James has been a beloved and lifelong
resident of Canton, MS well-known to all, as a loving and giving man.
James graduated from Canton High School and later from the LSU School
of Banking. James began his banking career during high school working at
Canton Exchange Bank through the DE program. After high school, James
continued working with Canton Exchange Bank which was later acquired
by Trustmark Bank. He worked in each department until he was promoted
to Vice President. Later, James transferred to Citizens Bank & Trust, which
eventually merged into BankPlus. He served as President of BankPlus in
Canton until his retirement in January of 2008. James was loyal to his profession,
as well as his many customers throughout his banking career.
James was a former member and past president of the Banking Administration
Institute. He was also a former member of the Madison County
Library. James was a former member and president of the Canton Academy
Board of Directors, as well as the Canton Chamber of Commerce. James
was also an active member of the Mississippi Cattleman's Association
and the Canton Elks Club. He was a member and former president of the
Canton Lions' Club, where he received a pin for his 50 years of dedicated
membership and service.
In 1988, James was hospitalized for six months due to pancreatitis and
other complications. During his sickness, the Canton community supported
James and his family with an abundance of love, food, visits, and other acts of
kindness that were beyond words. Upon discharge from the hospital, James
returned to his hometown of Canton via an escorted limousine provided
by his doctors whom had so faithfully taken care of him during his long
hospital stay. Countless friends and loved ones lined the Canton Courthouse
Square as James was driven into town. "Welcome Home" signs and yellow
ribbons tied around the Square's trees greeted James as he returned to his
beloved home of Canton.
James' passion in life was his family. He adored his loving wife, Becky
Rankin Chandler whom he married August 11, 1973. James cherished his
three sons, Chan, Lee, and Joel, as well as his daughter-in-law, Brooke. And,
of course, James' grandchildren, Emmie, Carson, Lily and Joel Douglas (who
affectionately called James "Grandy") were his pride and joy. James treasured
family gatherings, his friends, his farm and his dogs, Missy and Max. He
loved being outdoors whether it be tending to his cows, mending fences on
the farm, or relaxing on his porch. James was also an avid traveler during his
lifetime and had visited all 50 states. If he had to be indoors, one could find
James watching reruns of his favorite television series Gunsmoke featuring
his all-time favorite Sheriff Matt Dillon. James dabbled in wood-working in
his retirement and enjoyed playing Mexican Train Dominoes with anyone
who would play. He was a master card player in the card game Cadillac.
James looked forward to the many Cadillac card games played at every
"Chawarkin" family function. He was a tough one to beat, without a doubt.
James was an active member of the First United Methodist Church in
Canton. James loved his church and enjoyed serving on his church's finance
committee. James was a hard worker in every commitment he made. He
would be the first to arrive and the last to leave for every job or event for
which he volunteered. Helping others truly made James who he was. His
infectious smile, his personality and his ability to connect with anyone
earned James great respect and admiration among his Canton community
and others lucky enough to have known him.
Survivors include his wife of 48 years, Becky Rankin Chandler of Canton,
MS; son, Chan (Brooke) Chandler of Madison, MS; son, Lee Chandler of
Canton, MS; son, Joel Chandler of Fairhope, AL; brother, Bobby (Juanita)
Chandler of Canton, MS; and sister, Sarah (Rex) Mason of Wiggins, MS.
James is also survived by his pride and joy, his grandchildren, Emmie Chandler,
Carson Chandler, Lily Chandler of Madison, MS and Joel Douglas
Chandler of Fairhope, AL. Survivors also include numerous nieces, nephews
and cousins, as well as his loving "Chawarkin" family.
James is preceded in death by his parents, Clifton and Mable Chandler;
his brother, Edward Chandler; and his in laws, Douglas and Bobbie Rankin.
In lieu of flowers, memorials may be made to First United Methodist
Church, 3301 South Liberty Street, Canton, MS 39046; St. Jude Children's
Research Hospital, 501 St. Jude Place, Memphis, TN 38105; or Children's of
Mississippi Hospital, 2500 N. State Street, Jackson, MS 39216.
Jesus told her, "I am the resurrection and the life. Anyone who believes in
me will live, even after dying. Everyone who lives in me and believes in me
will never ever die." John 11:25-26
To send flowers to the family or plant a tree in memory of James Marvin Chandler, please visit our floral store.
Published by Breeland Funeral Home on Sep. 3, 2021.
To plant trees in memory, please visit our Sympathy Store.
MEMORIAL EVENTS
Sep
4
Visitation
6:00p.m. - 8:00p.m.
Breeland Funeral Home
3304 South Liberty Street, Canton, MS
Sep
5
Visitation
1:00p.m. - 3:00p.m.
First United Methodist Church (Canton, Canton City
Cemetery)
Sep
5
Celebration of Life
3:00p.m.
First United Methodist Church (Canton)
Sep
5
Interment
4:00p.m.
Canton Cemetery
Lyon Street, Canton, MS
Funeral services provided by:
Breeland Funeral Home
MEMORIES & CONDOLENCES
0 Entries
Be the first to post a memory or condolences.