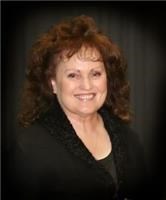 Janet was born on August 17, 1948 in Price, Utah, to Orson and Barbara Peterson. She lived in Castle Dale, Utah, and enjoyed growing up in a small town with close friends and family nearby. She loved to hide in the haystacks and play with the many kittens, spend time in the hills and streams, and ice skate on the creeks and ponds in the winter. One of her fondest memories was of her kindergarten teacher, who also happened to be her mother. After graduating from Emery High she attended BYU, where she met Jerry at the local drive-in. They fast became best friends and were married in the Salt Lake temple. They had five children, with one preceding Janet in death. After graduating, Janet taught elementary school until she decided to stay home and care for her children.

Janet enjoyed serving others. One of her favorite pastimes was to visit with the widows in her neighborhood. She took a sincere interest in those around her and became friends with many including cashiers at the local grocery store and tellers at the bank. Janet loved to go to lunch with her friends and spend time with her family. She was a faithful member of the Church of Jesus Christ of Latter Day Saints and served Heavenly Father's children in many capacities. Janet had a testimony of the Savior Jesus Christ, and sought to follow His example in rendering many quiet acts of service to those around her. She will be missed by many who look forward to joyful reunions with her throughout the eternities.

Janet was preceded in death by a daughter Katie Jalaire, and her parents Orson and Barbara Peterson. She is survived by her husband of 50 years Jerry, children Matthew (Christa), Brian (Katy), Travis (RaQuelle), Brittney (Spencer), fifteen grandchildren that she loved dearly, and by two sisters Carolyn (Joe) and Judith (Perry).

To plant trees in memory, please visit our Sympathy Store.
Published by RUSSON MORTUARY AND CREMATORY from Sep. 25 to Sep. 26, 2020.
MEMORIAL EVENTS
Sep
26
Graveside service
11:00a.m.
Bountiful City Cemetery
2224 South 200 West
Funeral services provided by:
RUSSON MORTUARY AND CREMATORY
GUEST BOOK
Sponsored by RUSSON MORTUARY AND CREMATORY.
3 Entries
So sorry Jerry to hear about the loss of your wonderful wife Janet. Pat and I shared some great times with you two, and your family. I understand to some measure your loss. All my love. ~Bruce (and Pat) Barton
Bruce Barton
Friend
September 26, 2020
We were so sorry to hear about the passing of Janet. Janet and Jerry were great neighbors and ward friends when we lived across the street. Our prayers and thoughts are with you.
janet g kjar
September 26, 2020
WeI enjoyed our friendship with Janet and Jerry. Janet was a lovely person and friend. Prayers for Jerry and her family.
Conni Madsen
September 26, 2020