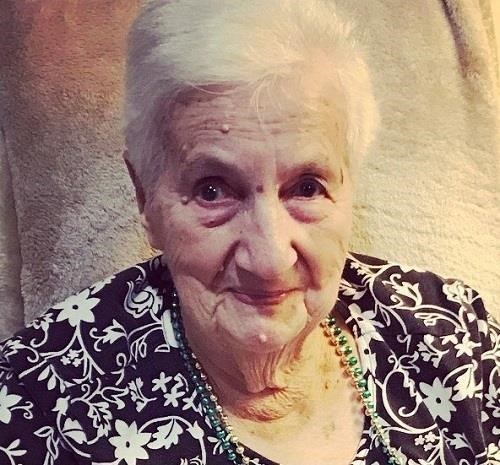 BORN
1921
DIED
2021
FUNERAL HOME
Bock Funeral Home Ltd.
1500 Mt Royal Blvd
Glenshaw, PA
Jean E. (Hahn) Claus, Formerly of Sharpsburg, Jean was called to her heavenly home by our Lord on July 26, 2021. Her passing was peaceful and without pain, owing to God's infinite mercy and grace. Special thanks are owed to the caring folks at Grace Manor in McCandless. Jean was born on Sept. 7, 1921, to the late Walter F. and Mary D. (Strohm) Hahn. She was predeceased by her husband, Clarence ("Tom") Claus, sister Thelma (Tom) Gersic and brother Walter F. (Gertrud) Hahn. Jean and Tom were married in 1948 and she became part of the Claus family of O'Hara Twp. Tom was one of 16 children and between "in laws and outlaws" as they often referred to each other, there were usually several dozen immediate family members around the dinner table(s) on Sundays. Jean was the last surviving member of that wonderful pack from the Greatest Generation, a fact of which she was very proud. Family was everything to her and she "loved fiercely" anyone with a tie to her.

She is survived by her son Gary R. and daughter-in-law Jo Ann Claus, sister Violet Jones (late Elmer), grandsons Adam (Brianne) and Damon (Catherine) Claus and her adored great grandchildren, Daniel, Elizabeth "Libby", Carter, and Deacon Claus. They loved their "GG"! She is also survived by more nieces, nephews and their spouses, children, grandchildren, and great grandchildren than is possible to count. (Seriously, it's more than 300!)

Jean was plain spoken and direct; you seldom questioned what was on her mind. In addition to her family, she loved bingo, holiday gatherings at "Chuckie's house" and the Pirates - in whom she frequently expressed great disappointment but never allowed that to affect her support for them.