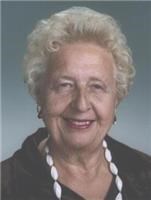 Jean was born July 2nd, 1931 in Seattle's Rainier Valley and graduated Franklin High School in 1948. She attended the University of Washington for a little more than a year and began her career in the insurance industry. In 1962, Jean opened the doors at Jean VelDyke Realty Inc. on Rainier Avenue, where she could remain close to and serve the community she loved and cared for very much.

Jean was a mentor to many and found great enjoyment in various community projects and volunteer positions. Among her many achievements and awards, she was the first woman President for both the Rainier Chamber of Commerce and the Seattle/King County Board of Realtors. She was also the co-founder and chair for the Southeast Seattle Crime Prevention Council where she received a 1990 award at the White House from President George Bush for her innovation and success in reducing crime. She believed that a community is "only as good as those who live there are willing to make it." Jean enjoyed making it the best she could and loved her community more than anything. Jean was known for her intelligence, kind spirit, ambition, generosity, and her strong-will.

Jean was proceeded in death by her father Harry John, mother Minnie VanderSanden, brother Harry R., beloved nephew Harry J. "Jim" and niece Sally. She is survived by her nieces Bonnie Veldwyk and Peggy Kelly (Jim) - and her grand nieces and nephews Justin, Nathan, Juliann, Sunil, Philip, Nicole, Kristin, Rachel, and Sabra. She is also survived by numerous beloved cousins, great-great nieces and nephews, and many, many friends. She will be missed very much.

There will be a closed-casket viewing at Columbia Funeral Home on Rainier Avenue in Seattle on May 21st and 22nd from 9am-1pm for those who wish to say their goodbyes.

A heartfelt thank you to the South Seattle Community for giving her much joy and purpose in her life.
Published by COLUMBIA FUNERAL HOME from May 22 to May 23, 2021.
To plant trees in memory, please visit the Sympathy Store.
MEMORIAL EVENTS
To offer your sympathy during this difficult time, you can now have memorial trees planted in a National Forest in memory of your loved one.
Funeral services provided by:
COLUMBIA FUNERAL HOME
MEMORIES & CONDOLENCES
Sponsored by COLUMBIA FUNERAL HOME.
0 Entries
Be the first to post a memory or condolences.