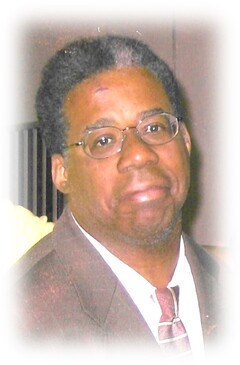 ABOUT
Howe High School
FUNERAL HOME
Stuart Mortuary, Inc. - Indianapolis
2201 North Illinois Street
Indianapolis, IN
Jeffrey Steven Strong was born February 19, 1962, in Indianapolis, Indiana. He was the son of Stanley and Mildred Strong. He departed this life on October 30, 2021.
Jeffrey attended Indianapolis Public School # 97, and later graduated from Thomas Carr Howe High School, where he was Student Manager for the Basketball team that won both the city and the regional championship, in 1982. He then went on to graduate from Vincennes University. He later worked in the Food Service Department at Butler University.
At an early age, Jeffrey showed a love for Jesus and was baptized at the Saint Paul Missionary Baptist Church (aka) Greater Saint Paul Baptist Church. Later he matured in his faith, and he was ordained and became an assistant pastor.
Even though Jeffrey was born with Cerebral Palsy, he maximized his potential and lived life fully. Jeffrey enjoyed spectator sports and meeting new people. He will be greatly missed.
He leaves to mourn his memory his mother, Mildred Strong; brother, Stanley Strong (Linda}; sister, Mary Strong-McClure; aunt, Ruth Riley; his church family, and a host of relatives and friends.
...Perhaps my life seemed all too brief:
Don't lengthen it now with undue grief.
Lift up your heart and share with me;
God wanted me now, He set me free.
Humbly Submitted. The Family
Published by Stuart Mortuary, Inc. - Indianapolis on Nov. 6, 2021.
To plant trees in memory, please visit the Sympathy Store.
MEMORIAL EVENTS
To offer your sympathy during this difficult time, you can now have memorial trees planted in a National Forest in memory of your loved one.
Funeral services provided by:
Stuart Mortuary, Inc. - Indianapolis
MEMORIES & CONDOLENCES
1 Entry
Offering our deepest condolences during this difficult time.
Stuart Mortuary
November 5, 2021
Showing 1 - 1 of 1 results