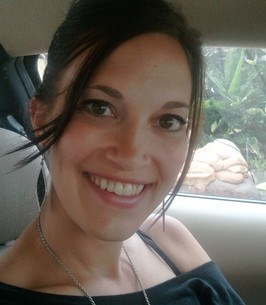 FUNERAL HOME
Absolute Economical Funeral Home Llc
7721 NW 10th St Ste B
Oklahoma City, OK
Jenny Shaw was born on June 11, 1980 to Larry and Linda Shaw. She had dark curly hair that later turned very straight and was a beautiful baby. Jenny's feisty personality was fun loving and active. There were always kids in the neighborhood to play with and she made the most of that. Probably one of her favorite and long-lasting activities was baseball/softball. When she was 11, with the help of her mother, they started a girls softball league that was highly successful. Jenny also had a beautiful singing voice and became an accomplished pianist. She loved camping and enjoyed going on hikes in the mountains. She also had great fun snow skiing. In 1998 Jenny, graduated from Putnam City West where she had been active in choir and drama. Jenny, Sara and Deborah were like the three musketeers with many other close girlfriends. She then attended the University of Kansas for one year before transferring to Mid America Nazarene University in Olathe, Kansas. Jenny graduated with a BA in psychology from Southern Nazarene University. As an adult, her great love was taking care of animals and she worked for several veterinary clinics. Although promoted to a tech, she preferred to just take care of the animals by walking, feeding, bathing and loving dogs and cats. Even the orneriest animal would warm up to Jenny.
Jenny loved to get with her two nieces and three nephews. Together they would do crafts, play in the snow, compete at table games, play the Wii, and just be silly. She was always a kid at heart. Her heart was very sensitive and loving which is part of what made this world so difficult for her. Jenny battled mental illness and later addiction for many years. She always said she tried really hard at times to overcome it but at other times was overwhelmed by it.
She leaves behind her mother and father, Linda and Larry, and two brothers, Jonathan and Daniel, two nieces, Naomi and Allie, three nephews, Lucas, Jacob, and Ian. She also leaves behind her Aunt Joan, Uncle Larry and Aunt Betty and Uncle Steve and Aunt Kiley along with eight cousins and her dog, Otis. Jenny has numerous friends that will dearly miss her.
In lieu of flowers, please consider a donation to OKC Animal Shelter.
Published by Absolute Economical Funeral Home Llc on Nov. 9, 2021.
To plant trees in memory, please visit the Sympathy Store.
MEMORIAL EVENTS
Nov
15
Visitation
1:00p.m. - 2:00p.m.
The Church of the Servant
14343 N. MacArthur Blvd, City, OK
Nov
15
Service
2:00p.m.
The Church of the Servant
14343 N. MacArthur BLVD., City, OK
Funeral services provided by:
Absolute Economical Funeral Home Llc
MEMORIES & CONDOLENCES
1 Entry
The message is a beautiful tribute to a this beautiful woman. Her loving spirit and gorgeous smile will be etched in my heart forever. Peace and blessings to her family.
Vicki Gilstrap
Friend
November 12, 2021
Showing 1 - 1 of 1 results