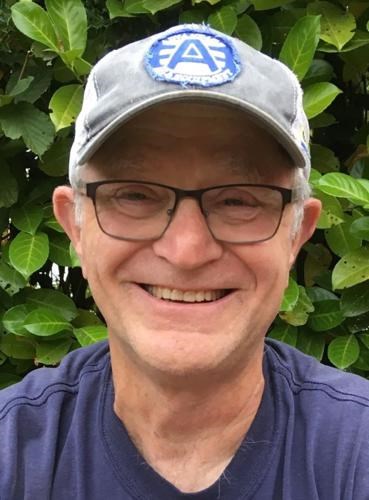 ABOUT
Wilson High School
FUNERAL HOME
HAVEN OF REST FUNERAL HOME
8503 State Route 16 Nw
GIG HARBOR, WA
John Martin Troja was born to John Baptist Troja and Mildred Elizabeth (Martin) Troja August 5, 1943 in Lima, Peru where his father worked as an electrical engineer for Grace Lines in support of International General Electric Company during World War II. After the war, John moved with his family to live on the family farm, H.W. Martin & Son in Hebron, Ohio. They then moved to Schenectady, New York and then Darien, Connecticut. The happiest days of his childhood and youth were spent on the farm with his cousins Harold and Janice Martin and his Grandma Elta Mae Martin and his extended family. He always identified himself as a farmer at heart. John graduated in 1961 from Watkins Memorial High School in Pataskala, Ohio where he won the Ohio State Science Fair with a project that measured the velocity of bullets. John was a marksman target shooter and in 1963 was the winner of the NRA Scott Trophy at the National Rifle Matches at Camp Perry in Sandusky, Ohio.
John attended Otterbein University in Westerville, Ohio and then joined the Navy in 1966 where he trained as an electronics technician and served on the USS Annapolis, and the USS Sacramento. In the Navy, he sailed the Pacific to the Philippines and Japan; served off the coast of Vietnam and then North Korea in support of the USS Pueblo Crisis. The USS Sacramento was stationed in Bremerton, Washington where he met his lovely wife of nearly 52, Karen Kay Strom.

John and Karen were happily married on December 20,1969 at Sylvan Way Baptist Church in Bremerton. They moved to Auburn where Karen taught elementary school and John attended Green River Community College in pursuit of a teaching degree. He graduated from University of Washington with an industrial arts education degree and got a job teaching Industrial Arts at Hunt Junior High School in Tacoma where he also coached wrestling. He also taught auto shop and industrial arts at Wilson High School.

In 1974 John and Karen welcomed the first of their four children. In 1975 they bought their dream house, a 1917 craftsman in Tacoma that they then spent the next many years restoring. Their labor of love stands as a testament of their life working and dreaming together.

In 1984 John and Karen became homeschooling pioneers when they chose to educate their own children. They became active in pursuing legislation that formally legalized the practice in Washington State.

Through the 1980's John worked as a marine electrician and then eventually as a safety officer and consultant for the Washington State Department of Labor and Industries. While he held a number of different jobs, his job was never what defined him.

John's life was characterized by humility, hard work, and kindness. He was heavily involved in serving and supporting church life and chose to lead a life that was a living demonstration of the Gospel of Jesus Christ. Never pretentious, always authentic, he was the epitome of faithfulness to his family and community. He was gifted with amazing problem-solving skills and was never at a loss for a solution. John found great joy in hard work and loved to teach his children and grandchildren new skills. He always taught with such warmth, patience and joy. He was quick to answer any question and distill even difficult concepts in a way that were clear and approachable to our young hearts and minds. It was always his joy to help anyone in need, in any way that would benefit them. He was a collector of things simply because he loved to share and give what would bless others. He would give you the shirt of his back and the angle grinder out of his garage, bring the grinder to you, and then use it for you. John was a man of deep character and principle but always tempered by genuine love of others.