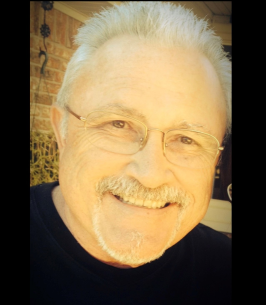 FUNERAL HOME
OakCrest Funeral Home - Waco
4520 Bosque Boulevard
Waco, TX
Larry Wayne Leshikar, 67, of Hewitt passed away peacefully Sunday, October 10 surrounded by his wife and daughter. Funeral services will be Friday, October 15 at 10am at OakCrest Funeral Home. Visitation will be Thursday, October 14 from 5 to 7 pm at the funeral home. For everyone's protection, the family has requested masks be worn while inside the building.
Larry was born August 1, 1954 in Waco to Frank and Sophie Leshikar. He graduated with honors from McLennan Community College in 1976. He went on to work as a computer operator at Central Freight Lines working his way up to becoming the Manager of Technical Services. His family was told over the years by several of his co-workers that he was the "master of the mainframe". Larry was greatly admired in and outside of his field. In his spare time, he loved listening to live music (especially Texas Red Dirt), fishing and watching his favorite movies over and over. One of Larry's favorite sayings was "it's terrific" from the movie Starman. He was a strong, patient, loving and devoted partner to his spouse Twila, as well as an amazing father to their daughter, Amanda. Larry was known for his big bear hugs and missed giving those hugs during the pandemic. He was a simple yet selfless man and cared more about providing whatever Twila and Amanda wanted, always putting them and others first. Larry not only had a big heart toward others, but also toward dogs, he loved them and they loved him just as much.
Larry was the ultimate host of many pool get togethers, grill master, barbeque king, and the best margarita maker. He had perfected the art of maintaining the pool, and he was known to "survey the land" often, stepping out into the backyard to look around and soak in the scenery. He knew the answer to anything and had a plan for everything! He will be tremendously missed. His valiant hard fought efforts against cancer were a testament to his character.
Larry was preceded in death by his parents and his brother, Richard.
He is survived by his wife and daughter as well as his loving extended family, Gary Baggett and wife, Linda, Vicki Farley, Deedra Baggett and life partner, Amy Post; sister-in-law, Margaret Leshikar; niece, Tara McGurgan and husband, Kurt; a nephew; several great nieces, a great nephew, and many dear friends.
In lieu of flowers, memorial donations may be made to The Leukemia And Lymphoma Society, LLS.org or to the Humane Society of Central Texas.
Published by OakCrest Funeral Home - Waco on Oct. 13, 2021.
To plant trees in memory, please visit the Sympathy Store.
MEMORIAL EVENTS
Oct
14
Visitation
5:00p.m.
OakCrest Funeral Home
4520 Bosque Boulevard, WACO, TX
Oct
15
Service
10:00a.m.
OakCrest Funeral Home
4520 Bosque Boulevard, WACO, TX
Funeral services provided by:
OakCrest Funeral Home - Waco
MAKE A DONATION
Please consider a donation as requested by the family.
MEMORIES & CONDOLENCES
0 Entries
Be the first to post a memory or condolences.