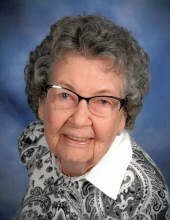 ABOUT
Howe High School
FUNERAL HOME
Indiana Funeral Care - Indianapolis
8151 Allisonville Road
Indianapolis, IN
Laura May Hart Stroud, 97, of Indianapolis, passed away on August 9, 2021. She was born on February 11, 1924 in LaPorte, Indiana. Laura was in the first graduating class from Howe High School in 1941. She graduated from Butler in 1945 with a degree in Journalism.

Laura lived in Indiana most of her life, and moved to Chicago after marrying Albert Stroud on August 31, 1946, where she accompanied Albert to Optometry school. While in Chicago she worked in the office of a large retail company. Laura also became a Cubs fan. She attended her first game at Wrigley Field in 2011.

After raising 3 children, she worked as a substitute teacher and then worked many years in her husband's optometry practice. After retirement, they moved to their condo on the beach on Marco Island, Florida. After Albert's death in 2011, she returned to Indiana and lived the past 10 years at Westminster Village North. Laura was a long-time member of Irvington Presbyterian Church and member of P.E.O. Sisterhood.

She enjoyed reading, working crossword puzzles, playing bridge and Mahjong, and visiting with her family and friends. She was a very caring and sweet lady, and her friendship was treasured by many. She enjoyed watching the Chicago Cubs and Indiana Fever play on TV and enjoyed watching Butler basketball games, and attended a game in Hinkle Fieldhouse in 2012, the first game she attended there since she graduated from Butler in 1945.

Laura is survived by her three children, Marcia, Bruce, and Scott (Shannon); three grandchildren, Erin, Jeffrey, and Jerrad; and 4 great grandchildren, Alba, Troy, Colin, and Reagan. She is preceded in death by her husband, Albert; parents, Lee and Helen Hart; siblings, Martha Lewis and Richard Hart.