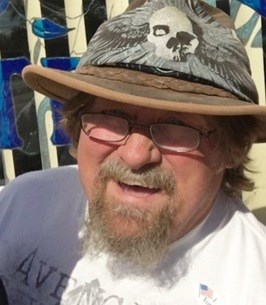 FUNERAL HOME
Absolute Economical Funeral Home Llc
7721 NW 10th St Ste B
Oklahoma City, OK
We lost Leonard to a long struggle with mental illness. There will be a lot of ways people might remember him. His battles lead to a lot of changes but in there somewhere, he was still the ornery old man we all knew. I hope you can remember the man that would do anything for a laugh. He once sat on a dunk tank in 50* weather while relentlessly taunting school children into pitching balls at him to raise money for a fundraiser. By the way, he was giggling like a madman, we all suspected he was just having a good time while freezing his ass off.
He did play it off as if it were all for our class's prom fund. He was also known to yell out vegetables at the other team during free throws at basketball games. After those same games, one of us would have to go back into the gymnasium and usher him out the door because he'd be lingering, trying to get one last laugh out of whomever's ear he could catch. He'd say or do something weird and it seemed that the looks of confusion on most peoples faces were just as satisfying to him as the belly laughs he'd get. He needed one more person to acknowledge his shenanigans before he'd allow us to get him in the car. It's probably not hard to imagine that at the Gahr family dinner table one evening, a goofy conversation on the topic of obituaries ensued. So per request, and in typical Leonard Gahr fashion, here's one last goofy thing before he goes.
"We will always remember Leonard Gahr for his incredible accomplishments in life. As the founding member of the non profit organization, Underground Sasquatches United, Leonard helped maintain the mystery of the great Sasquatch communities of the tristate area and procured careers for unemployed Sasquatch's during economic hardships. After his many years of charitable work, his research into the outer galaxies accumulated great findings for the human race that will live on through advancements in wood grilling, earth worm tracking, and horseshoe throwing for years to come. Those adventures lead to many life long friends on every planet he graced. Later in life, he founded the World Hacky Sack Federation whose coveted grand prize was just the mending of all the participants jeans that ripped during competition. Leonard is survived by two daughters, Willow and Capri, who are equally, or probably more so, as stubborn as him."
Leonard is also survived by many family members and friends. Memorial service will be on 10/30/21 at 2pm, at the Carmen Christian Church, 221 North 3rd St, Carmen, OK 73726.
Published by Absolute Economical Funeral Home Llc on Oct. 14, 2021.
To plant trees in memory, please visit the Sympathy Store.
MEMORIAL EVENTS
Oct
30
Memorial service
2:00p.m.
Carmen Christian Church
Address Not Available, Carmen, OK
Funeral services provided by:
Absolute Economical Funeral Home Llc
MEMORIES & CONDOLENCES
0 Entries
Be the first to post a memory or condolences.